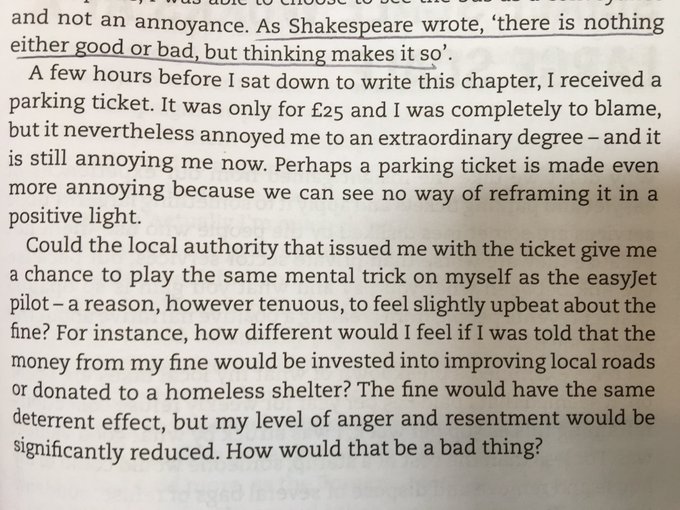 As Shakespeare wrote, “there is nothing either good or bad, but thinking makes it so’.

A few hours before I sat down to write this chapter, I received a parking ticket. It was only for £25 and I was completely to blame, but it nevertheless annoyed me to an extraordinary degree – and it is still annoying me now. Perhaps a parking ticket is made even more annoying because we can see no way of reframing it in a positive light.

Could the local authority that issued me with the ticket give me a chance to play the same mental trick on myself as the easyJet pilot – a reason, however tenuous, to feel slightly upbeat about the fine? For instance, how different would I feel if I was told that the money from my fine would be invested into improving local roads or donated to a homeless shelter? The fine would have the same deterrent effect, but my level of anger and resentment would be significantly reduced. How would that be a bad thing?