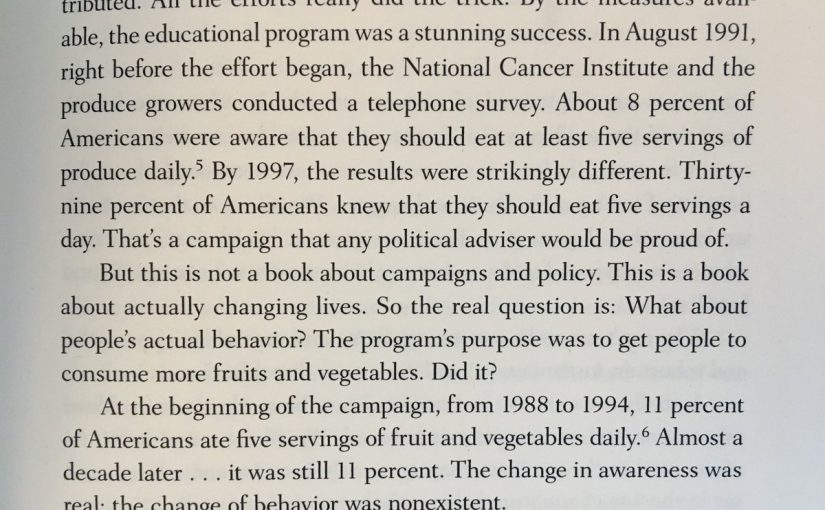 All the efforts really did the trick. By the measures available, the educational program was a stunning success. In August 1991, right before the effort began, the National Cancer Institute and the produce growers conducted a telephone survey. About 8 percent of Americans were aware that they should eat at least five servings of produce daily. By 1997, the results were strikingly different. Thirty Nine percent of Americans knew that they should eat five servings a day. That’s a campaign that any political adviser would be proud of.

But this is not a book about campaigns and policy. This is a book about actually changing lives. So the real question is: What about people’s actual behavior? The program’s purpose was to get people to consume more fruits and vegetables. Did it?

At the beginning of the campaign, from 1988 to 1994, 11 percent of Americans ate five servings of fruit and vegetables daily. Almost a decade later … it was still 11 percent. The change in awareness was real; the change of behavior was nonexistent.