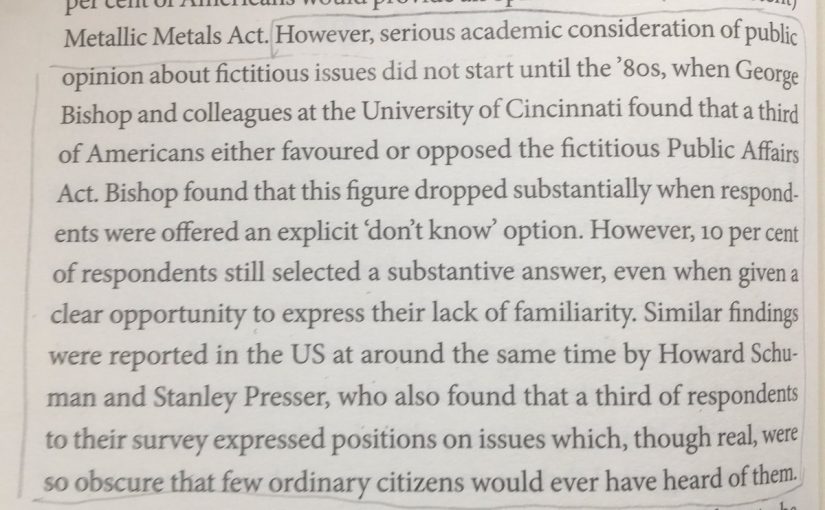 However, serious academic consideration of public opinion about fictitious issues did not start until the ’80s, when George Bishop and colleagues at the University of Cincinnati found that a third of Americans either favoured or opposed the fictitious Public Affairs Act. Bishop found that this figure dropped substantially when respondents were offered an explicit don’t know’ option. However, 10 per cent of respondents still selected a substantive answer, even when given a clear opportunity to express their lack of familiarity. Similar findings were reported in the US at around the same time by Howard Schuman and Stanley Presser, who also found that a third of respondents to their survey expressed positions on issues which, though real, were so obscure that few ordinary citizens would ever have heard of them.

Excerpt from: Sex, Lies and Politics: The Secret Influences That Drive our Political Choices by Philip Cowley and Robert Ford