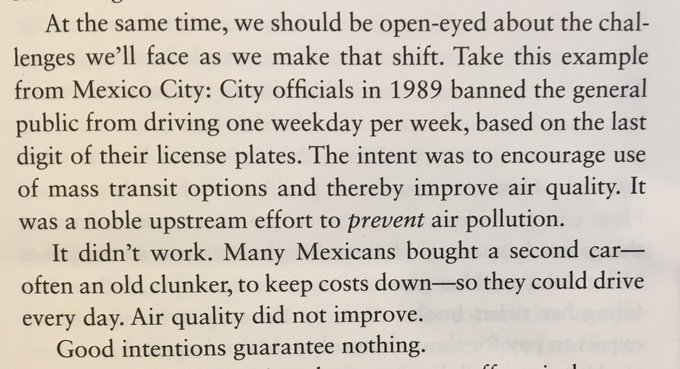 At the same time, we should be open-eyed about the challenges we’ll face as we make that shift. Take this example from Mexico City: City officials in 1989 banned the general public from driving one weekday per week, based on the last digit of their license plates. The intent was to encourage use of mass transit options and thereby improve air quality. It was a noble upstream effort to prevent air pollution.

It didn’t work. Many Mexicans bought a second car often an old clunker, to keep costs down—so they could drive every day. Air quality did not improve.

Excerpt from: Upstream: The Quest to Solve Problems Before They Happen by Dan Heath