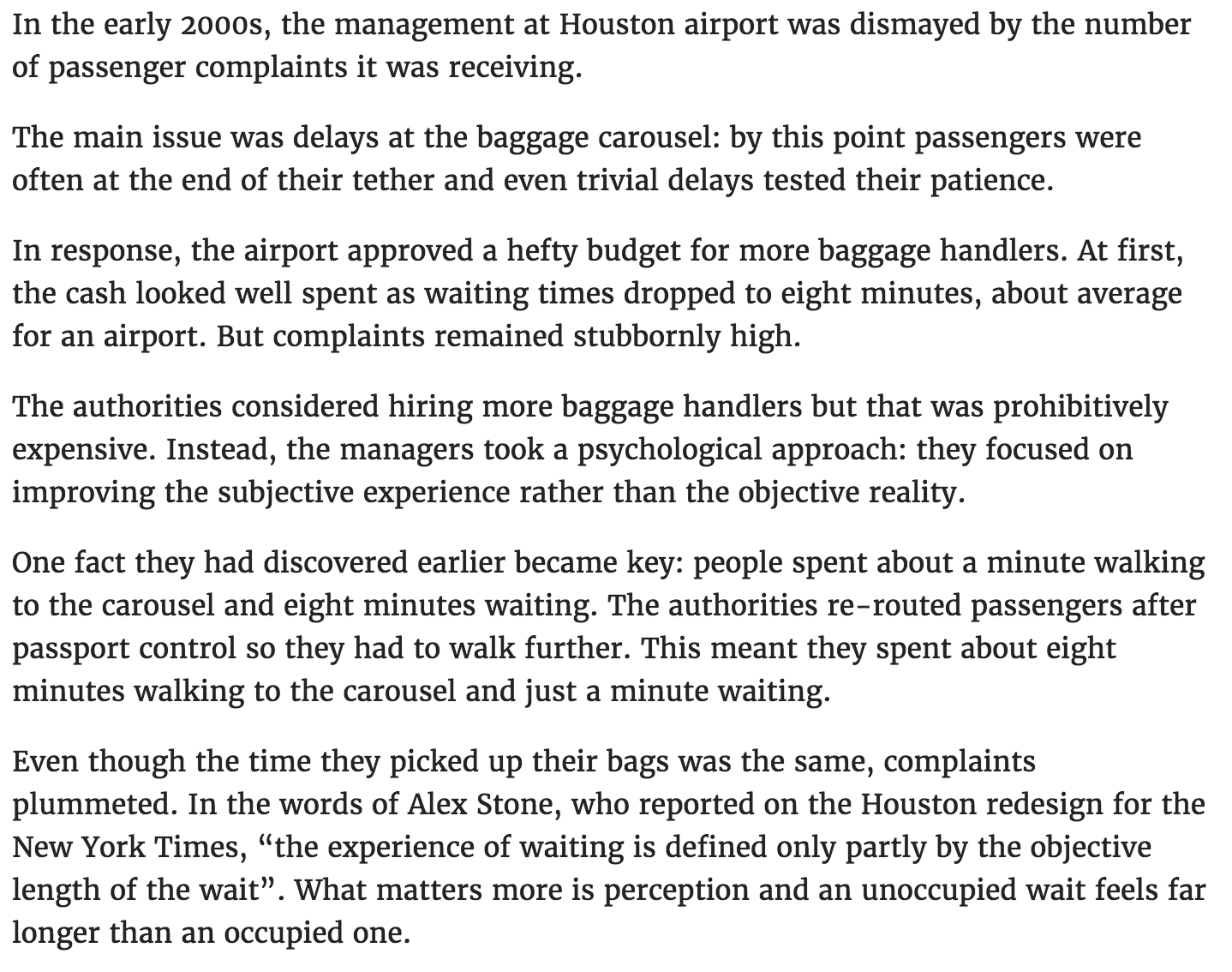 In the early 2000s, the management at Houston airport was dismayed by the number of passenger complaints it was receiving.

The main issue was delays at the baggage carousel: by this point passengers were often at the end of their tether and even trivial delays tested their patience.

In response, the airport approved a hefty budget for more baggage handlers. At first, the cash looked well spent as waiting times dropped to eight minutes, about average for an airport. But complaints remained stubbornly high.

The authorities considered hiring more baggage handlers but that was prohibitively expensive. Instead, the managers took a psychological approach: they focused on improving the subjective experience rather than the objective reality.

Even though the time they picked up their bags was the same, complaints plummeted. In the words of Alex Stone, who reported on the Houston redesign for the New York Times, “the experience of waiting is defined only partly by the objective length of the wait”. What matters more is perception and an unoccupied wait feels far longer than an occupied one.

Excerpt from: ‘Customer experience is as much about perception as reality’ in Marketing Week