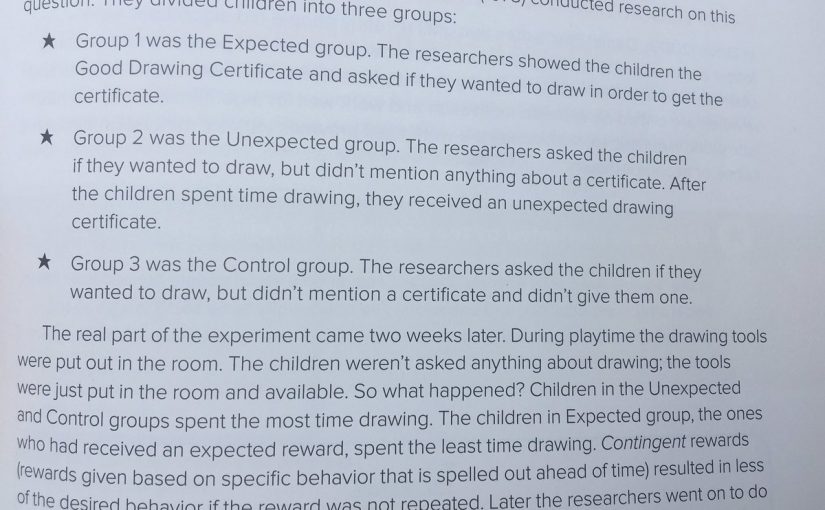 The real part of the experiment came two weeks later. During playtime the drawing tools were put out in the room. The children weren’t asked anything about drawing; the tools were just put in the room and available. So what happened? Children in the Unexpected and Control groups spent the most time drawing. The children in Expected group, the ones to had received an expected reward, spent the least time drawing. Contingent rewards (rewards based on specific behavior that is spelled out ahead of time) resulted in less of the desired behavior if the reward was not repeated. Later the researchers went on to do studies like this, with adults as well as children, and found similar results.