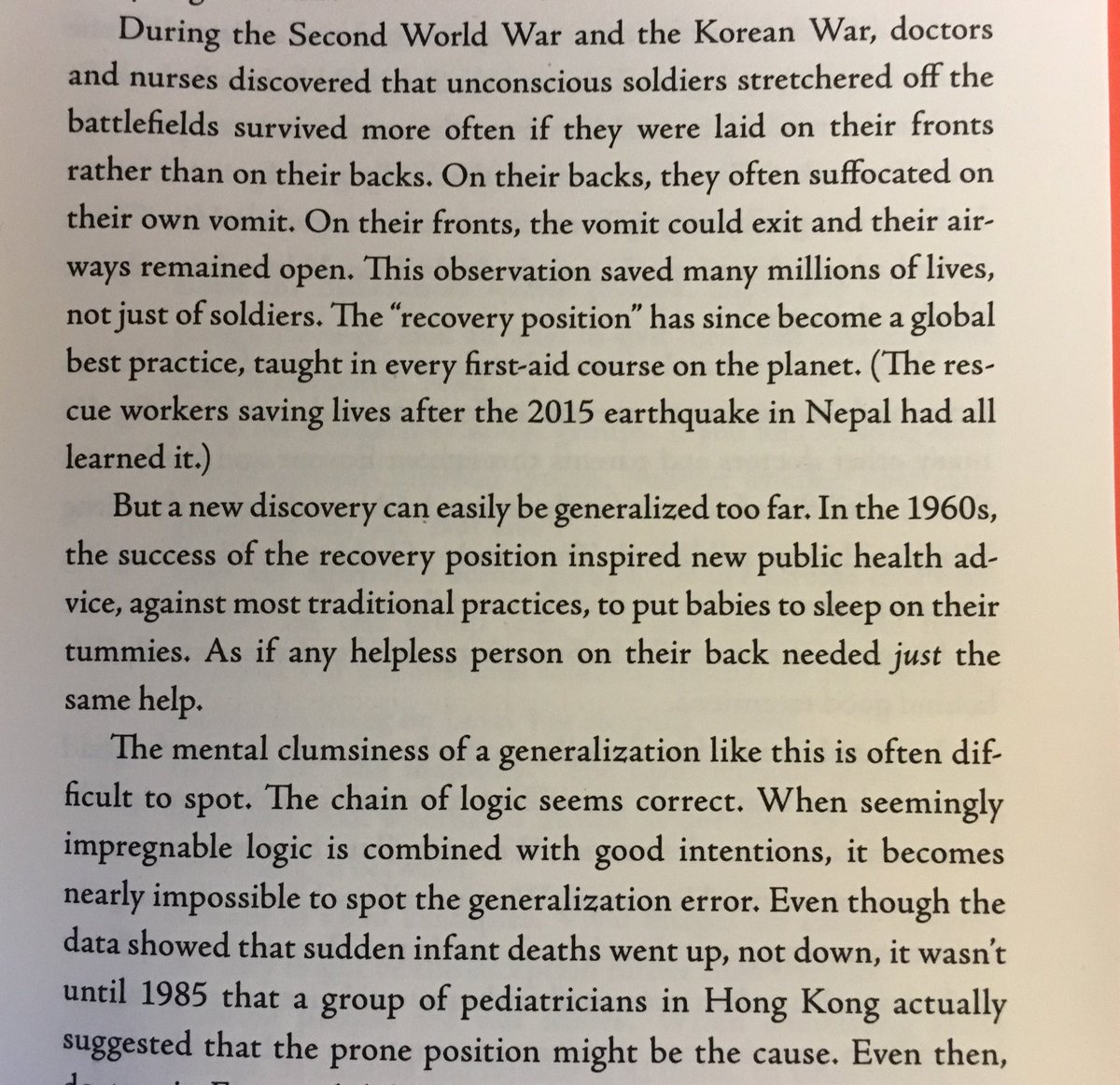 During the Second World War and the Korean War, doctors and nurses discovered that unconscious soldiers stretchered off the battlefields survived more often if they were laid on their fronts rather than on their backs. On their back, they often suffocated on their own vomit. On their fronts, the vomit could exit and their airways remained open. This observation saved many millions of lives, not just of soldiers. The “recovery position” has since become a global best practice, taught in every first-aid course on the planet. (The rescue workers saving lives after the 2015 earthquake in Nepal had all learned it.)

But a new discovery can easily be generalised too far. In the 1960s, the success of the recovery position inspired new public health advice, against most traditional practices, to put babies to sleep on their tummies. As if any helpless person on their back need just the same help.

The mental clumsiness of a generalisation like this is often difficult to spot. The chain of logic seems correct. When seemingly impregnable logic is combined with good intentions, it becomes nearly impossible to spot the generalisation error. Even thought the data showed that sudden infant deaths went up, not down, it wasn’t’ until 1985 that a group of paediatricians in Hong Kong actually suggested that the prone position might be the cause.

Excerpt from: Factfulness: Ten Reasons We’re Wrong About The World – And Why Things Are Better Than You Think by Hans Rosling, Ola Rosling and Anna Rosling Rönnlund