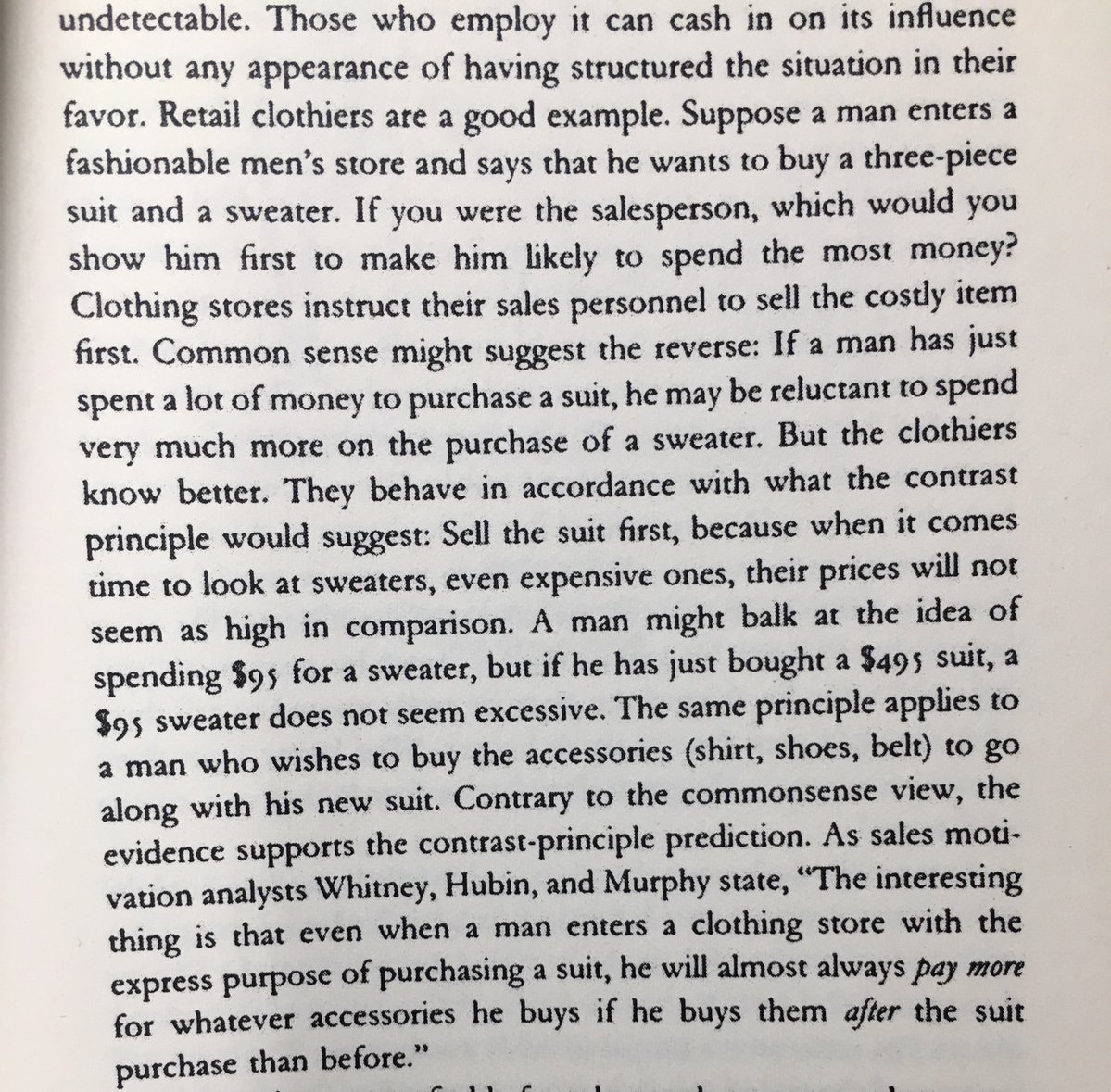 Those who employ it can cash in on its influence without any appearance of having structured the situation in their favor. Retail clothiers are a good example. Suppose a man enters a fashionable men’s store and says that he wants to buy a three-piece suit and a sweater. If you were the salesperson, which would you show him first to make him likely to spend the most money?

Clothing stores instruct their sales personnel to sell the costly item first. Common sense might suggest the reverse: If a man has just spent a lot of money to purchase a suit, he may be reluctant to spend very much more on the purchase of a sweater. But clothiers know better. They behave in accordance with what the contrast principle would suggest: Sell the suit first, because when it comes time to look at sweaters, even expensive ones, their prices will not seem as high in comparison. A man might bulk at the idea of spending $95 for a sweater, but if he has just bought a $495 suit, a $95 sweater does not seem excessive. The same principle applies to a man who wishes to buy the accessories (shirts, shoes, belt) to go along with his new suit.

Contrary to the commonsense view, the evidence supports the contrast-principle prediction. As sales motivation analysts Whitney, Hubin, and Murphy state, “The interesting thing is that even when a man enters a clothing stores with the express purpose of purchasing a suit, he will almost always pay more for whatever accessories he buys if he buys them after the suit purchase than before.”