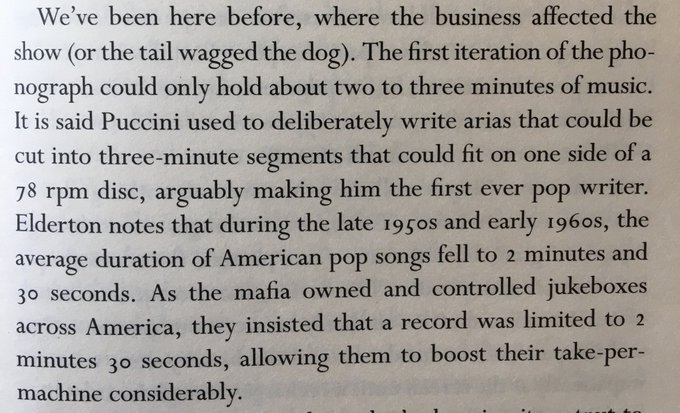 We’ve been here before, where the business affected the show (or the tail wagged the dog). The first iteration of the phonograph could only hold about two to three minutes of music. It is said Puccini used to deliberately write arias that could be cut into three-minute segments that could fit on one side of a 78-rpm disc, arguably making him the first ever pop writer. Elderton notes that during the late 1950s and early 1960s, the average duration of American pop songs fell to 2 minutes and 30 seconds. As the mafia owned and controlled jukeboxes across America, they insisted that a record was limited to 2 minutes 30 seconds, allowing them to boost their take-per­ machine considerably.