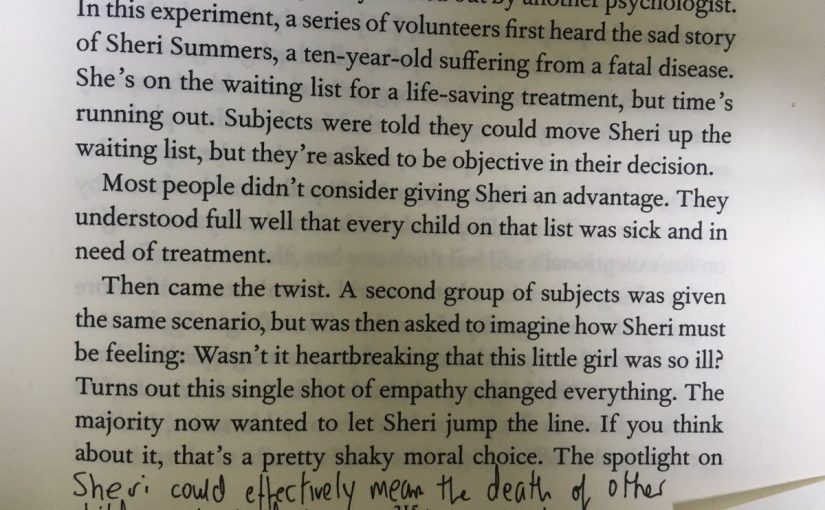 Take the following study carried out by another psychologist. In this experiment, a series of volunteers first heard the sad story of Sheri Summers, a ten-year-old suffering from a fatal disease. She’s on the waiting list for a life-saving treatment, but time’s running out. Subjects were told they could move Sheri up the waiting list, but they’re asked to be objective in their decision. Most people didn’t consider giving Sheri an advantage. They understood full well that every child on that list was sick and in need of treatment. Then came the twist. A second group of subjects was given the same scenario, but was then asked to imagine how Sheri must be feeling: Wasn’t it heartbreaking that this little girl was so ill? Turns out this single shot of empathy changed everything. The majority now wanted to let Sheri jump the line. If you think about it, that’s a pretty shaky moral choice. The spotlight on Sheri could effectively mean the death of other children who had been on the list longer.

Excerpt from: Humankind: A Hopeful History by Rutger Bregman