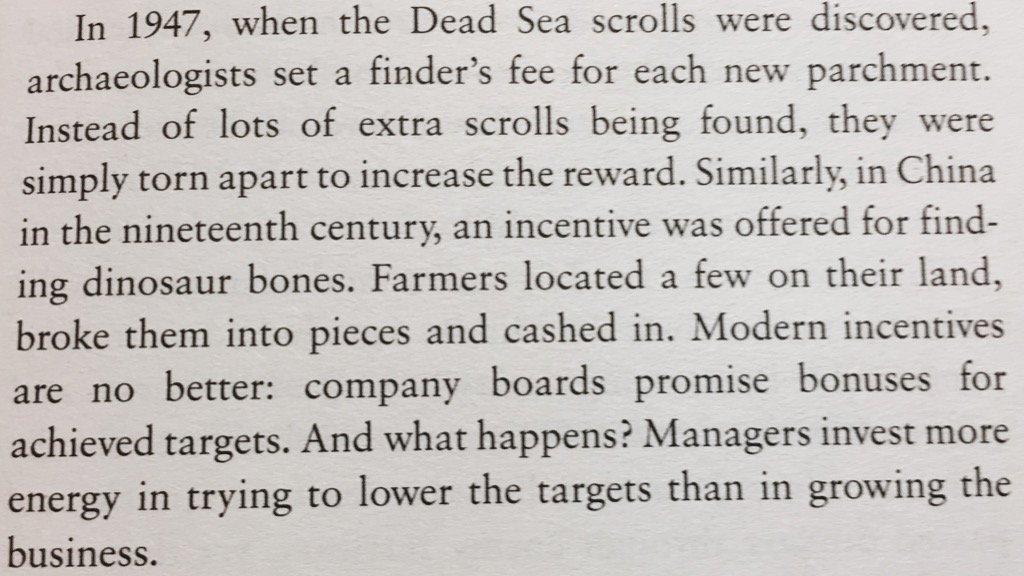 In 1947, when the Dead Sea scrolls were discovered, archaeologists set a finder’s fee for each new parchment. Instead of lots of extra scrolls being found, they were simply torn apart to increase the reward. Similarly, in China in the nineteenth century, an incentive was offered for finding dinosaur bones. Farmers located a few on their land, broke them into pieces and cashed in. Modern incentives are no better: company boards promise bonuses for achieved targets. And what happens? Managers invest more energy in trying to lower the targets than in growing the business.