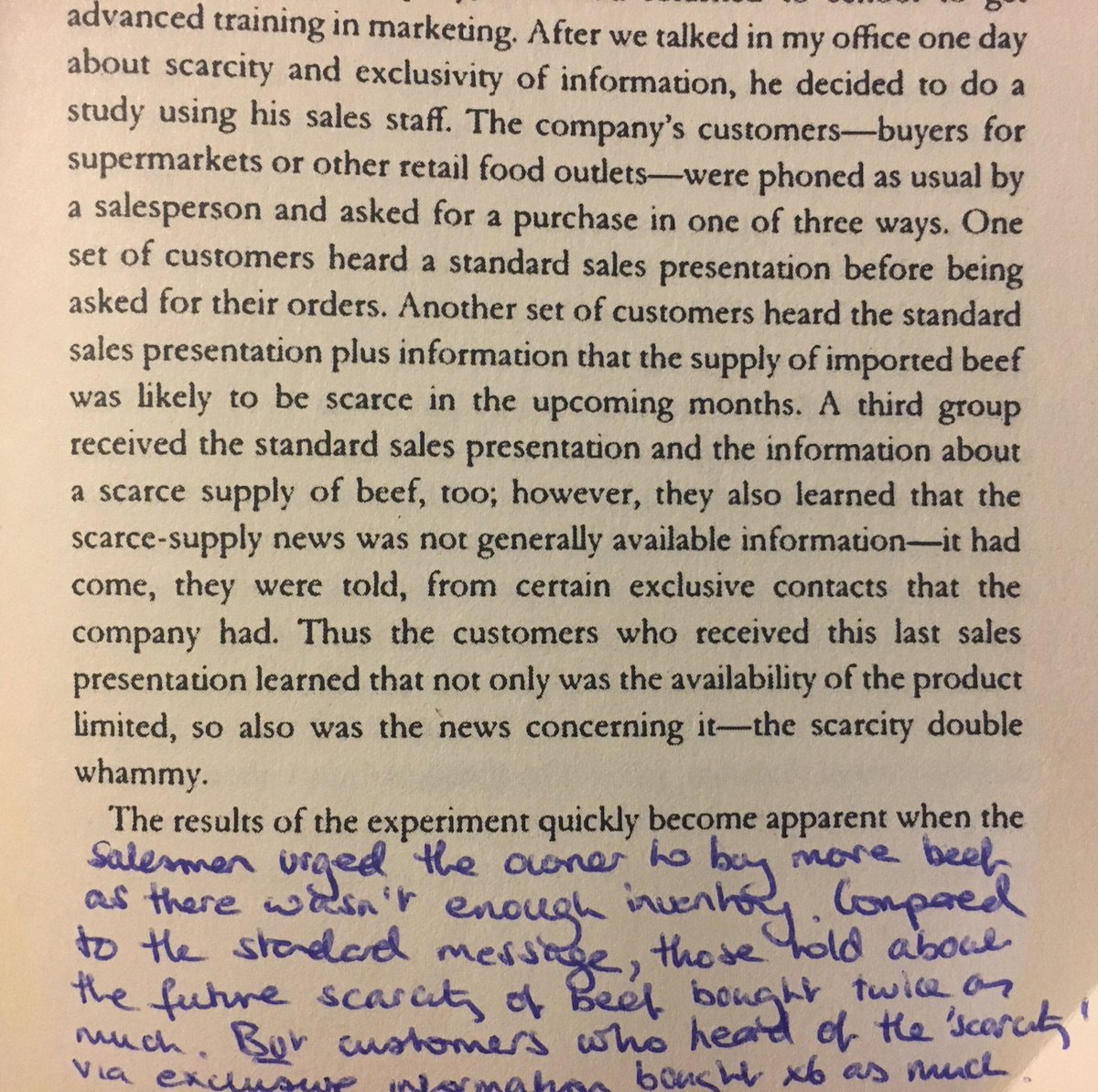 After we talked in my office one day about scarcity and exclusivity of information, he decided to do a study using his sales staff. The company’s customers—buyers for supermarkets or other retail food outlets—were phoned as usual by a salesperson and asked for a purchase in one of three ways. One set of customers heard a standard sales presentation before being asked for their orders. Another set of customers heard the standard sales presentation plus information that the supply of imported beef was likely to be scarce in the upcoming months. A third group received the standard sales presentation and the information about a scarce supply of beef, too; however, they also learned that the scarce-supply news was not generally available information—it had come, they were told, from certain exclusive contacts that the company had. Thus the customers who received this last sales presentation learned that not only was the availability of the product limited, so also was the news concerning it—the scarcity double whammy.

The results of the experiment quickly become apparent when the company salespeople began to urge the owner to buy more beef because there wasn’t enough in the inventory to keep up with all the orders they were receiving. Compared to the customers who got only the standard sales appeal, those who were also told about the future scarcity of beef bought more than twice as much.