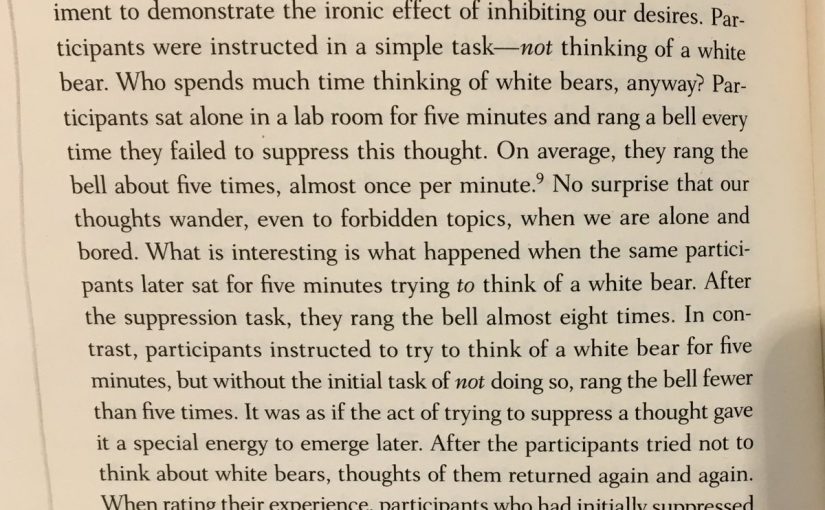 Psychologist Daniel Wegner and his colleagues devised an experiment to demonstrate the ironic effect of inhibiting our desires. Participants were instructed in a simple task-not thinking of a white bear. Who spends much time thinking of white bears, anyway? Participants sat alone in a lab room for five minutes and rang a bell every time they failed to suppress this thought. On average, they rang the bell about five times, almost once per minute. No surprise that our thoughts wander, even to forbidden topics, when we are alone and bored. What is interesting is what happened when the same participants later sat for five minutes trying to think of a white bear. After the suppression task, they rang the bell almost eight times. In contrast, participants instructed to try to think of a white bear for five minutes, but without the initial task of not doing so, rang the bell fewer than five times. It was as if the act of trying to suppress a thought gave it a special energy to emerge later. After the participants tried not to think about white bears, thoughts of them returned again and again. When rating their experience, participants who had initially suppressed thoughts of white bears reported feeling preoccupied with them.