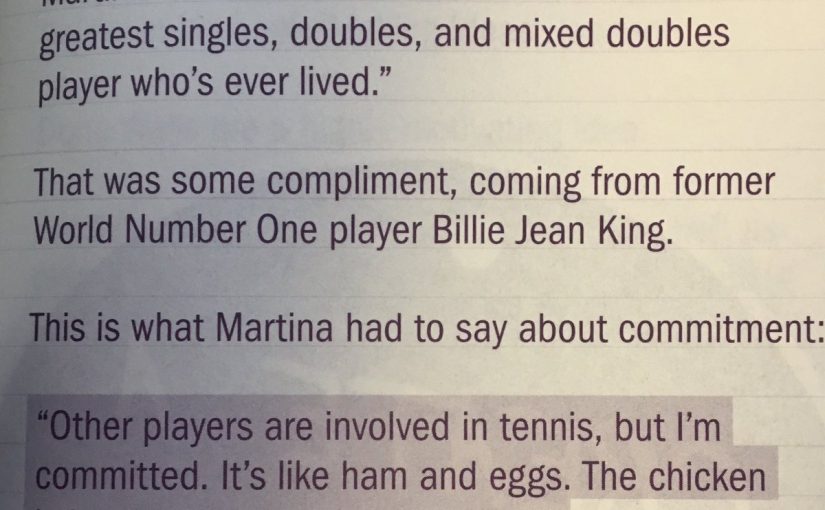 Martina Navratilova was described as “the greatest singles, doubles, and mixed doubles player who’s ever lived.”

That was some compliment, coming from former World Number One player Billie Jean King.

This is what Marina had to say about commitment:

“Other players are involved in tennis, but I’m committed. It’s like ham and eggs. The chicken is involved; the pig is committed.”

Excerpt from: The Smart Thinking Book: 60 Bursts of Business Brilliance by Kevin Duncan