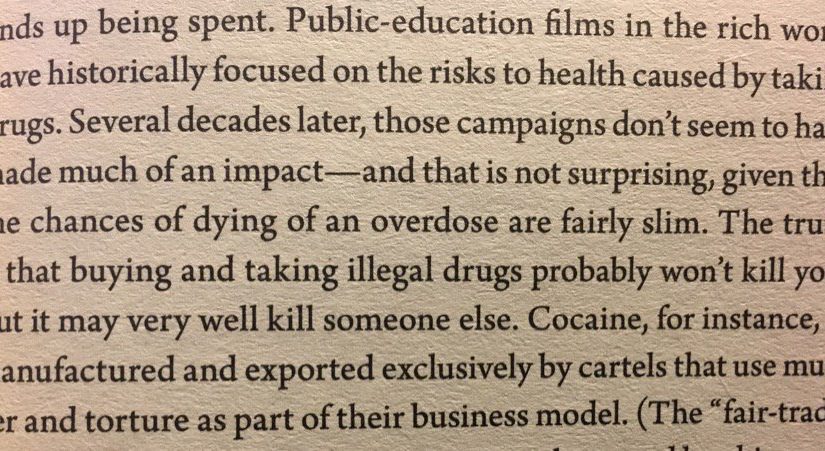 Public-education films in the rich world have historically focused on the risks to health caused by taking drugs. Several decades later, those campaigns don’t seem to have made much of an impact—and that is not surprising, given that the chances of dying of an overdose are fairly slim. The truth is that buying and taking illegal drugs probably won’t kill you. But it may very well kill someone else. Cocaine, for instance, is manufactured and exported exclusively by cartels that use murder and torture as part of their business model.

Excerpt from: Narconomics: How to Run a Drug Cartel by Tom Wainwright