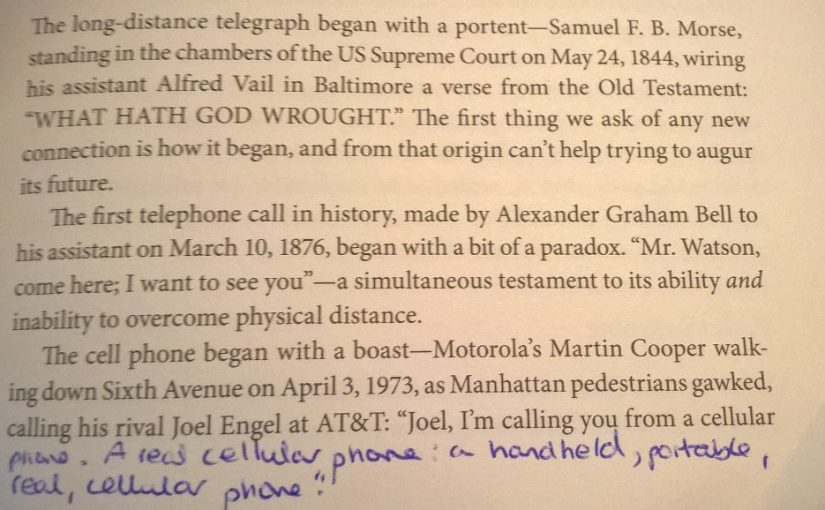 The long-distance telegraph began with a portent—Samuel F. B. Morse, standing in the chambers of the US Supreme Court on May 24,1844, wiring his assistant Alfred Vail in Baltimore a verse from the Old Testament: “WHAT HATH GOD WROUGHT.” The first thing we ask of any new connection is how it began, and from that origin can’t help trying to augur its future.

The first telephone call in history, made by Alexander Graham Bell to his assistant on March 10, 1876, began with a bit of a paradox. “Mr. Watson, come here; I want to see you”—a simultaneous testament to its ability and inability to overcome physical distance.