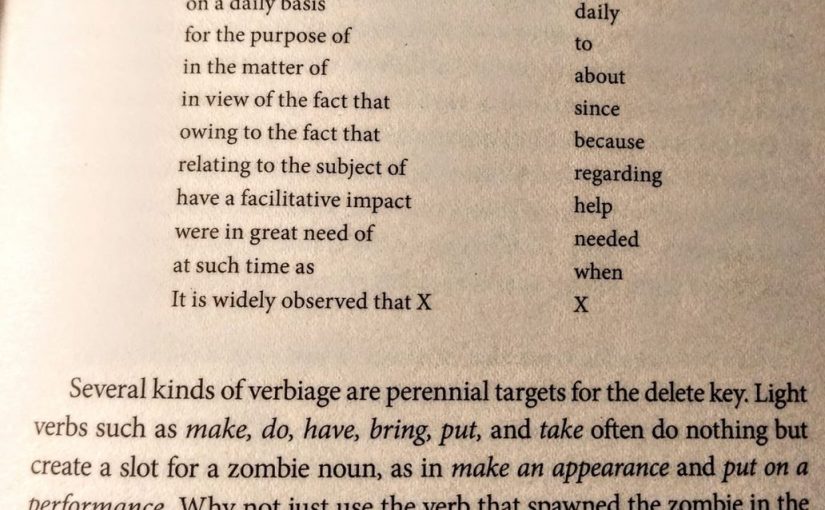 Several kinds of verbiage are perennial targets for the delete key. Light verbs such as make, do, have, bring, put, and take often do nothing but create a slot for a zombie noun, as in make an appearance and put on a performance. Why not just use the verb that spawned the zombie in the first place, like appear or perform? A sentence beginning with It is or There is is often a candidate for liposuction: There is competition between groups for resources works just fine as Groups compete for resources. Other globs of verbal fat include the metaconcepts we suctioned out in chapter 2, including matter, view, subject, process, basis, factor, level, and model.

Excerpt from: The Sense of Style: The Thinking Person’s Guide to Writing in the 21st Century by Steven Pinker