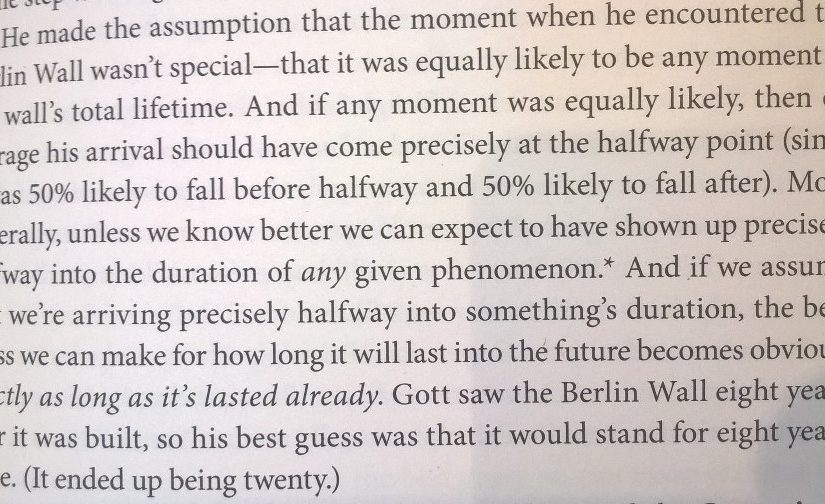 He made the assumption that the moment when he encountered the Berlin Wall wasn’t special—that it was equally likely to be any moment in the wall’s total lifetime. And if any moment was equally likely, then on average his arrival should have come precisely at the halfway point (since it was 50% likely to fall before halfway and 50% likely to fall after). More generally, unless we know better we can expect to have shown up precisely halfway into the duration of any given phenomenon. And if we assume that were arriving precisely halfway into something’s duration, the best guess we can make for how long it will last into the future becomes obvious: exactly as long as it’s lasted already. Gott saw the Berlin Wall eight years after it was built, so his best guess was that it would stand for eight years more. (It ended up being twenty.)