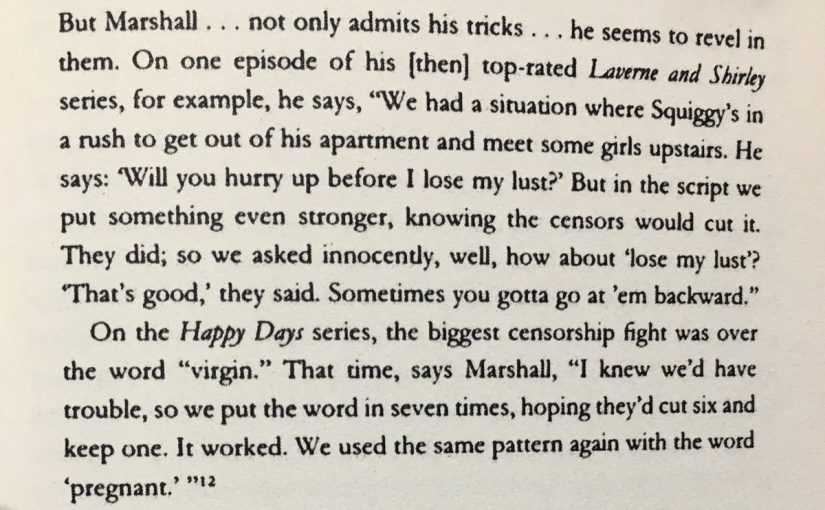 But Marshall… not only admits his tricks… he seems to revel in them. On one episode of his [then] top-rated Laverne and Shirley series, for example, he says, “We had a situation where Squiggy’s in a rush to get out of his apartment and meet some girls upstairs. He says: ‘Will you hurry up before I lose my lust?’ But in the script we put something even stronger, knowing the censors would cut it. They did; so we asked innocently, well, how about ‘lose my lust’? ‘That’s good,’ they said. Sometimes you gotta go at ’em backward.”

On the Happy Days series, the biggest censorship fight was over the word “virgin.” That time, says Marshall, “I knew we’d have trouble, so we put the word in seven times, hoping they’d cut six and keep one. It worked. We used the same pattern again with the word ‘pregnant.’”