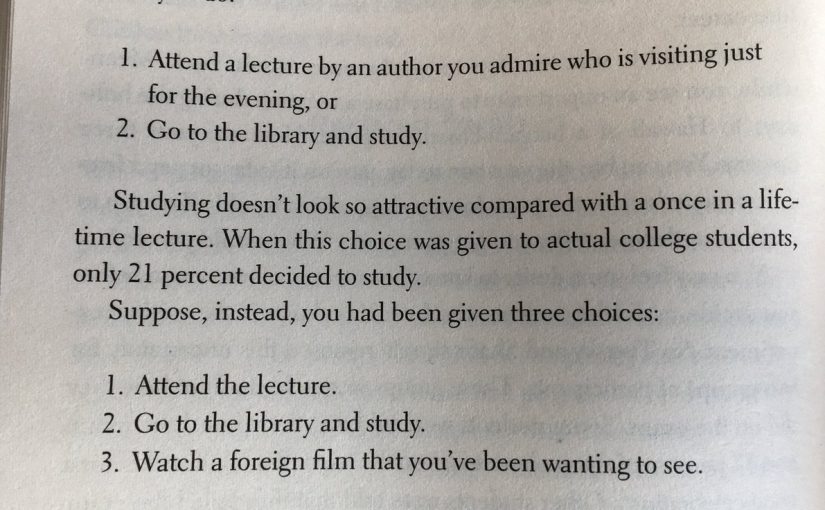 Another study, conducted by Shafir and a colleague, Donald Redelmeier, demonstrates that paralysis can also be caused by choice. Imagine, for example, that you are in college and you face the following choice one evening. What would you do?

Studying doesn’t look so attractive compared with a once in a life-time lecture. When this choice was given to actual college students only 21 percent decided to study.

Suppose, instead, you had been given three choices:

Does you answer differ? Remarkably, when a different group of students were given the three choices, 30 percent decided to study – double the number who did before. Giving students two good alternatives to studying rather than one paradoxically makes them less likely to choose either.