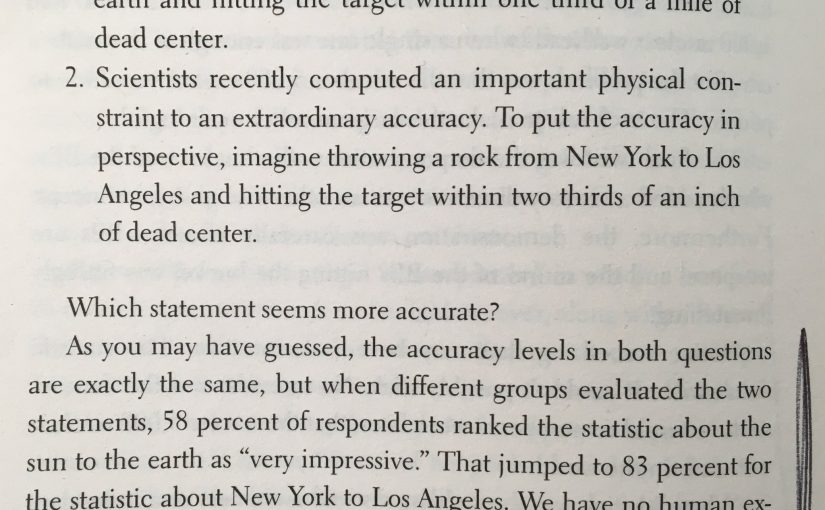 As you may have guessed, the accuracy levels in both questions are exactly the same, but when different groups evaluated the two statements, 58 percent of respondents ranked the statistic about the sun to the earth as “very impressive.” That jumped to 83 percent for the statistic about New York to Los Angeles. We have no human experience, no intuition, about the distance between the sun and the earth, The distance from New York to Los Angeles is much more tangible. (Though, frankly, it’s still far from tangible. The problem is that if you make the distance more tangible — like a football field — then the accuracy becomes intangible. “Throwing, a rock the distance of a football field to an accuracy of 3.4 microns” doesn’t help.)