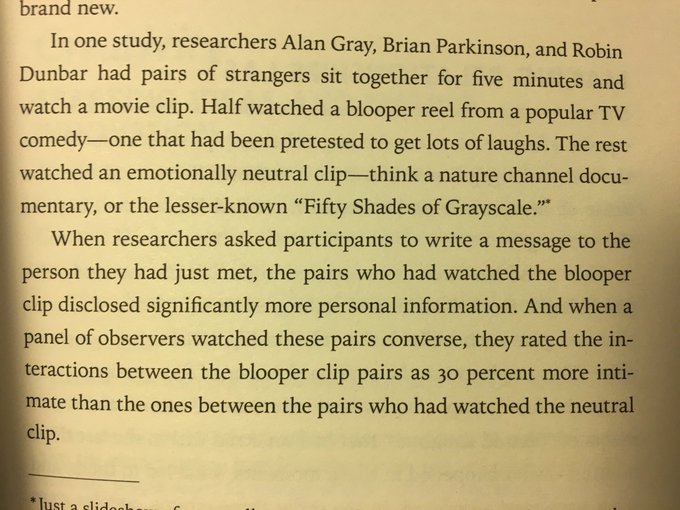 In one study, researchers Alan Gray, Brian Parkinson, and Robin Dunbar had pairs of strangers sit together for five minutes and watch a movie clip. Half watched a blooper reel from a popular TV comedy—one that had been pretested to get lots of laughs. The rest watched an emotionally neutral clip—think a nature channel documentary, or the lesser-known “Fifty Shades of Grayscale.”

Excerpt from: Humour, Seriously: Why Humour Is A Superpower At Work And In Life by Jennifer Aaker and Naomi Bagdonas