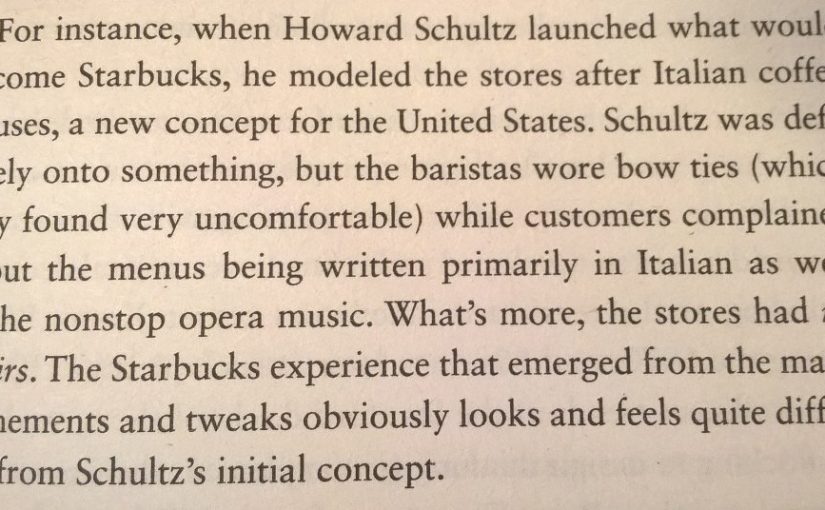 For instance, when Howard Schultz launched what would become Starbucks, he modeled the stores after Italian coffee houses, a new concept for the United States. Schultz was definitely onto something, but the baristas wore bow ties (which they found very uncomfortable) while customers complained about the menus being written primarily in Italian as well as the nonstop opera music. What’s more, the stores had no chairs. The Starbucks experience that emerged from the many refinements and tweaks obviously looks and feels quite different from Schultz’s initial concept.