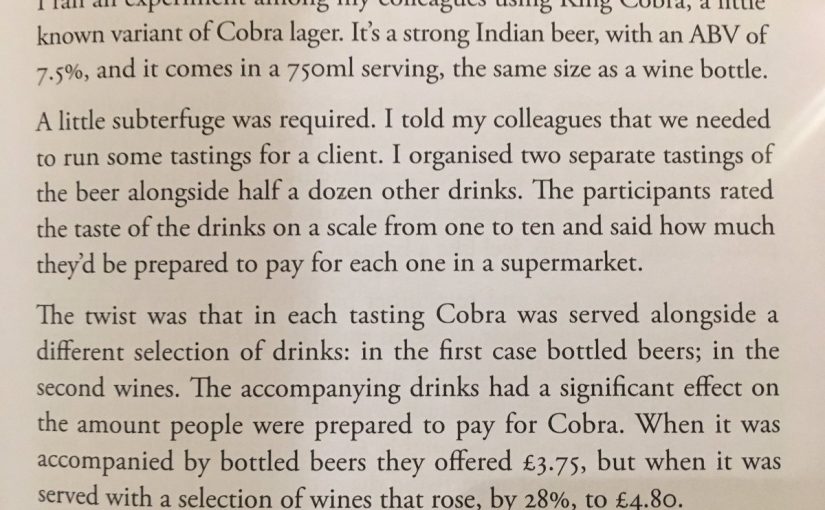 I ran an experiment among my colleagues using King Cobra, a little known variant of Cobra lager. It’s a strong Indian beer, with an ABV of 7.5%, and it comes in a 750ml serving, the same size as a wine bottle.

A little subterfuge was required. I told my colleagues that we needed to run some tastings for a client. I organised two separate tastings of the beer alongside half a dozen other drinks. The participants rated the taste of the drinks on a scale from one to ten and said how much they’d be prepared to pay for each one in a supermarket.

The twist was that in each tasting Cobra was served alongside a different selection of drinks: in the first case bottled beers; in the second wines. The accompanying drinks had a significant effect on the amount people were prepared to pay for Cobra. When it was accompanied by bottled beers they offered £3.75, but when it was served with a selection of wines that rose, by 28%, to £4.80.