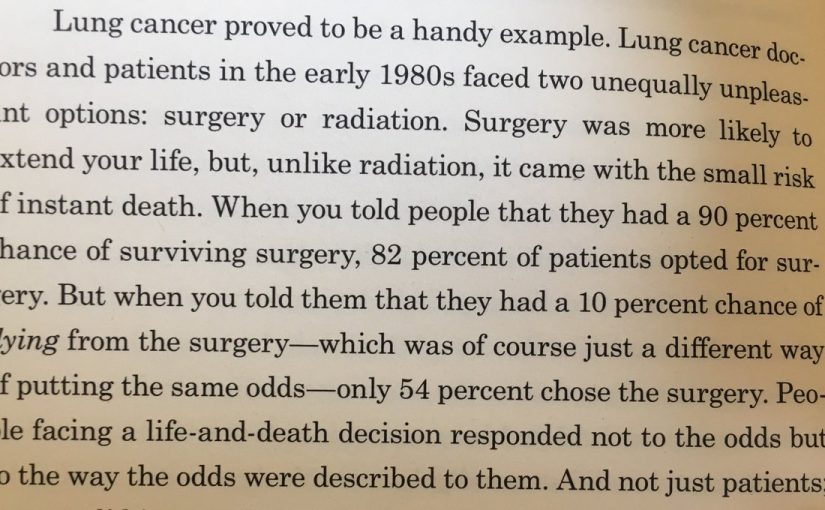 Lung cancer proved to be a handy example. Lung cancer doctors and patients in early 1980s faced two unequally unpleasant options: surgery or radiation. Surgery was more likely to extend your life, but, unlike radiation, it came with the small risk of instant death. When you told people that they had a 90 percent chance of surviving surgery, 82 percent of patients opted for surgery. But when you told them that they had a 10 percent chance of dying from the surgery — which was of course just a different way of putting the same odds — only 54 percent chose the surgery. People facing a life-and-death decision responded not to the odds but to the way the odds were described to them.