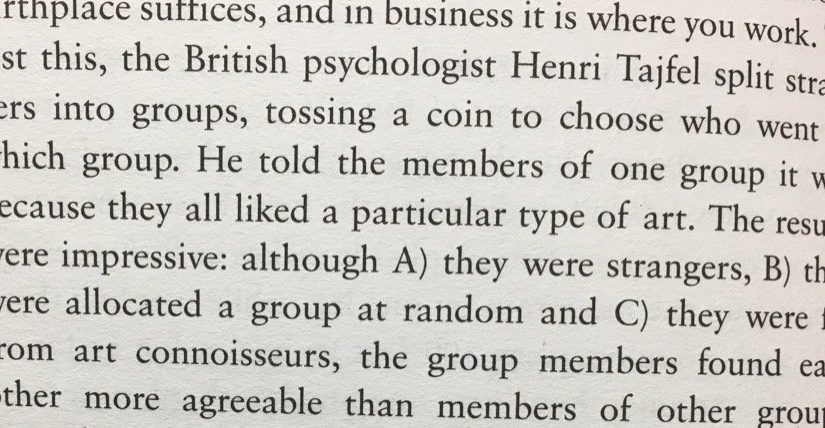 With sports affiliations, random birthplace suffices, and in business it is where you work. To test this, the British psychologist Henri Tajfel split strangers into groups, tossing a coin to choose who went to which group. He told the members of one group it was because they all liked a particular type of art. The results were impressive: although A) they were strangers, B) they were allocated a group at random and C) they were far from art connoisseurs, the group members found each other more agreeable than members of other groups.