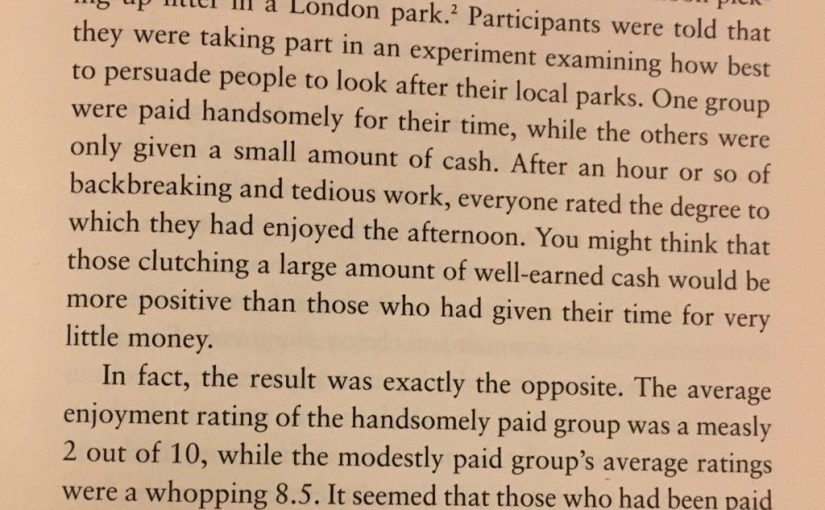 To test this theory, a few years ago I ran a study in which two groups of people were asked to take part in an experiment in which they spent an afternoon picking up litter in a London park. Participants were told that they were taking part in an experiment examining how best to persuade people to look after their local parks. One group were paid handsomely for their time, while the others were only given a small amount of cash. After an hour or so of backbreaking and tedious work, everyone rated the degree to which they had enjoyed the afternoon. You might think that those clutching a large amount of well-earned cash would be more positive than those who had given their time for very little money.

In fact, the result was exactly the opposite. The average enjoyment rating of the handsomely paid group was a measly 2 out of 10, while the modestly paid group’s average ratings were a whopping 8.5. It seemed that those who had been paid well had thought, ‘Well, let me see, people usually pay me to do things I don’t enjoy. I was paid a large amount, so I must dislike tidying the park.’