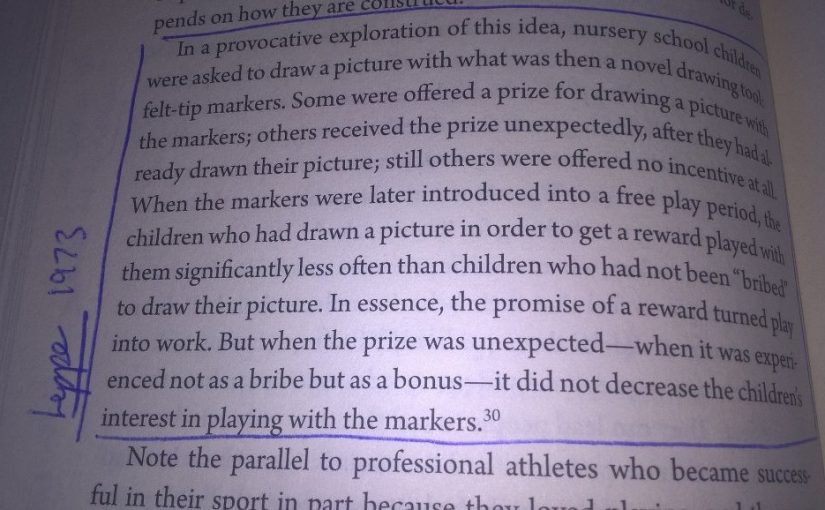 In a provocative exploration of this idea, nursery school children were asked to draw a picture with what was then a novel drawing tool: felt-tip markers. Some were offered a prize for drawing a picture with the markers; others received the prize unexpectedly, after they had already drawn their picture; still others were offered no incentive at all. When the markers were later introduced into a free play period, the children who had drawn a picture in order to get a reward played with them significantly less often that children who had not been “bribed” to draw their picture. In essence, the promise of a reward turned play into work. But when the prize was unexpected – when it was experienced not as a bribe but as a bonus – it did not decrease the children’s interest in playing with the markers.