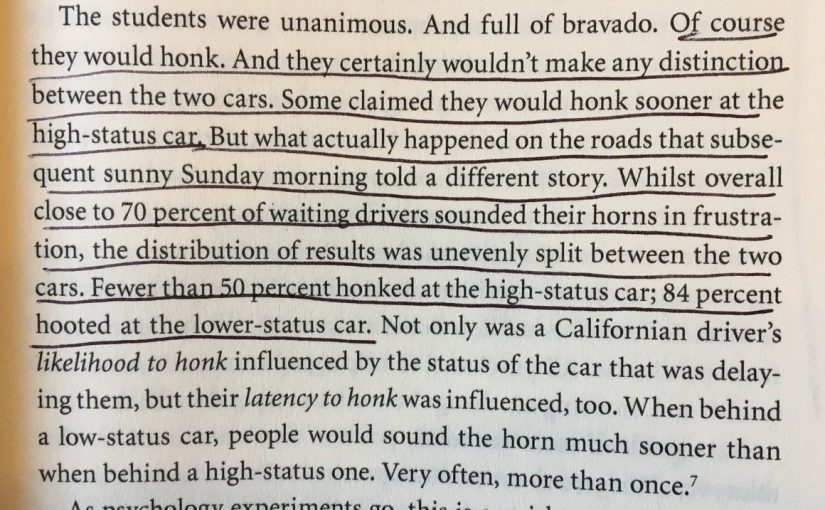 The students were unanimous. And full of bravado. Of course they would honk. And they certainly wouldn’t make any distinction between the two cars. Some claimed they would honk sooner at the high-status car. But what actually happened on the roads that subsequent sunny Sunday morning told a different story. Whilst overall close to 70 percent of waiting drivers sounded their horns in frustration, the distribution of results was unevenly split between the two cars. Fewer than 50 percent honked at the high-status car; 84 percent hooted at the lower-status car. Not only was a Californian driver’s likelihood to honk influence by the status of the car that was delaying them, but their latency to honk was influenced, too. When behind a low-status car, people would sound the horn much sooner than when behind a high-status one. Very often, more than once.

Excerpt from: Messengers: Who We Listen To, Who We Don’t, And Why by Stephen Martin and Joseph Marks