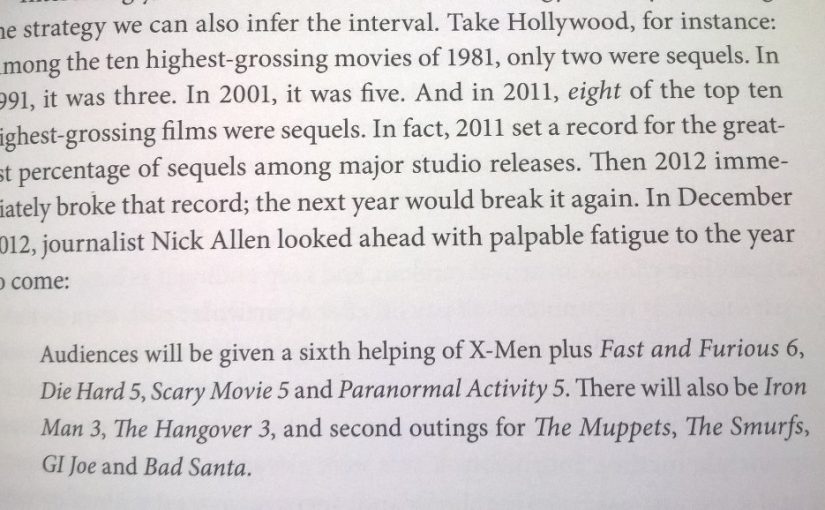 Take Hollywood, for instance: Among the ten highest-grossing movies of 1981, only two were sequels. In 1991, it was three. In 2001, it was five. And in 2011, eight of the top ten highest-grossing films were sequels. In fact, 2011 set a record for the greatest percentage of sequels among major studio releases. Then 2012 immediately broke that record; the next year would break it again. In December 2012, journalist Nick Allen looked ahead with palpable fatigue to the year to come:

Audiences will be given a sixth helping of X-Men plus Fast and Furious 6, Die Hard 5, Scary Movie 5 and Paranormal Activity 5. There will also be Iron Man 3, The Hangover 3, and second outings for The Muppets, The Smurfs, GI Joe and Bad Santa.