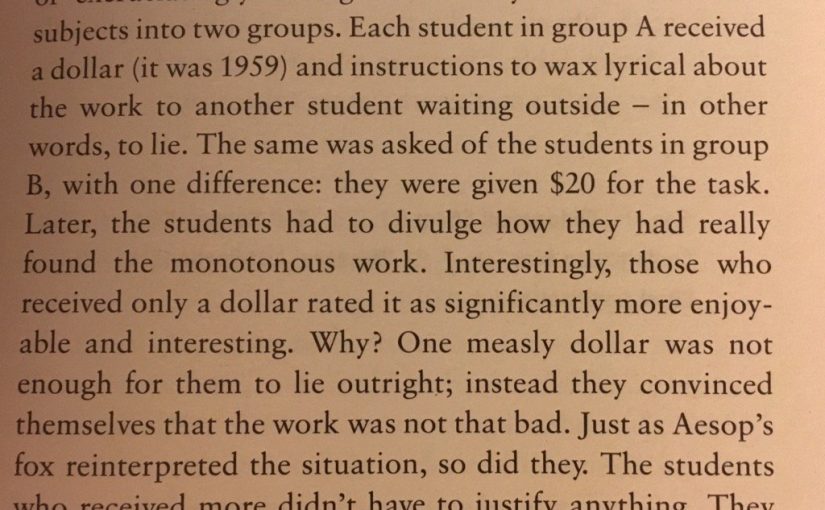 Leon Festinger and Merrill Carlsmith of Stanford University once asked their students to carry out an hour of excruciatingly boring tasks. They then divided the subjects into two groups. Each student in group A received a dollar (it was 1959) and instructions to wax lyrical about the work to another student waiting outside – in other words, to lie. The same was asked of the students in group B, with one difference: they were given $20 for the task. Later, the students had to divulge how they had really found the monotonous work. Interestingly, those who received only a dollar rated it as significantly more enjoyable and interesting. Why? One measly dollar was not enough for them to lie outright; instead they convinced themselves that the work was not that bad. Just as Aesop’s fox reinterpreted the situation, so did they. The students who received more didn’t have to justify anything. They had lied and netted $20 for it – a fair deal. They experienced no cognitive dissonance.