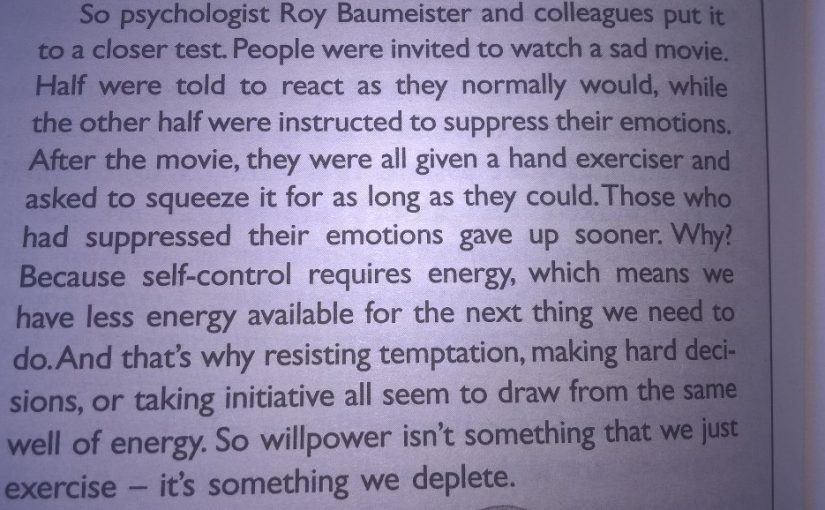 So psychologist Roy Baumeister and colleagues put it to a closer test. People were invited to watch a sad movie. Half were told to react as they normally would, while the other half were instructed to suppress their emotions. After the movie, they were all given a hand exerciser and asked to squeeze it for as long as they could. Those who had suppressed their emotions gave up sooner. Why? Because self-control requires energy, which means we have less energy available for the next thing we need to do. And that’s why resisting temptation, making hard decisions, or taking initiative all seem to draw from the same well of energy. So willpower isn’t something that we just exercise — it’s something we deplete.

Excerpt from: Incognito: The Secret Lives of the Brain by David Eagleman