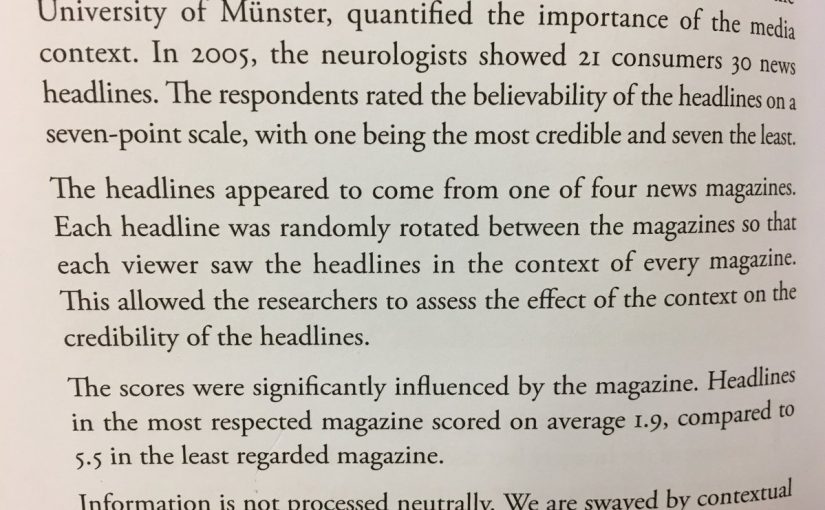 An experiment by Michael Deppe and his colleagues from the University of Munster, quantified the importance of media context. In 2005, the neurologists showed 21 consumers 30 new headlines. The respondents rated the believability of the headlines on a seven-point scale, with one being the most credible and seven the least.

The headlines appeared to come from one of four news magazines. Each headline was randomly rotated between the magazines so that each viewer saw the headlines in the context of every magazine. This allowed the researchers to address the effects of the context on the credibility of the headlines.

The scores were significantly influenced by the magazine. Headlines in the most respected magazine scored on average 1.9, compared to 5.5 in the least regarded magazine.

Information is not process neutrally. We are swayed by contextual cues.