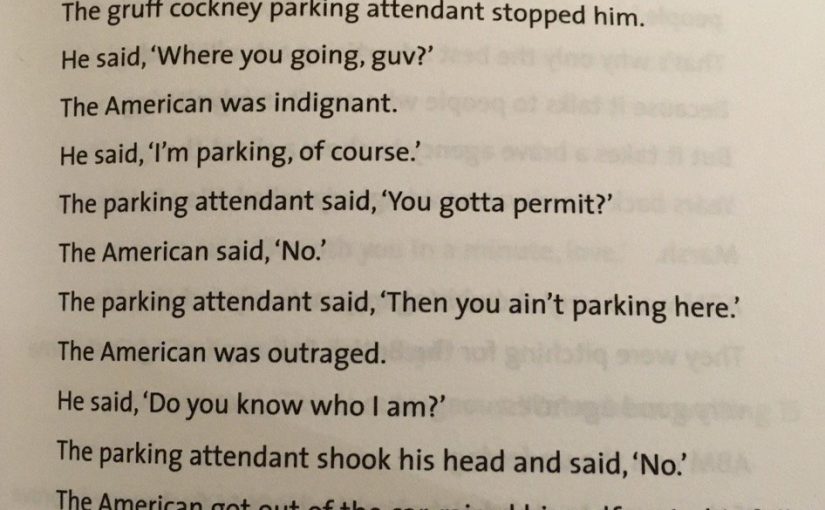 Apparently, one day the owner flew in to visit his agency.

He was a big, brash New Yorker.

He drove straight into the car park below the building.

The American was indignant.

The American said, ‘No.’

The parking attendant said, ‘Then you ain’t parking here.’

The American was outraged.

The parking attendant shook his head and said, ‘No.’

The American got out of the car, raised himself up to his full height, tapped his chest and said, ‘I’m Wundermann.’