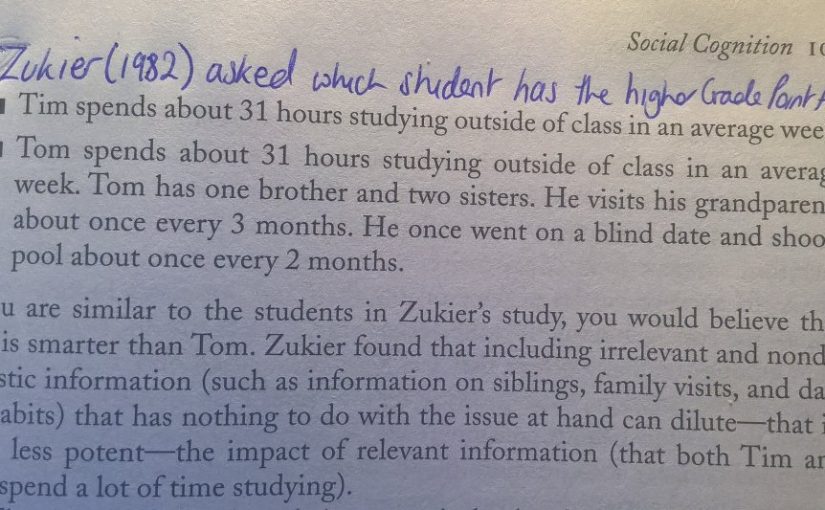 Zukier (1982) asked which student has the higher Grade Rank Average.

If you are similar to the students in Zukier’s study, you would believe that Tim is smarter than Tom. Zukier found that including irrelevant and nondiagnostic information (such as information on siblings, family visits, and dating habits) that has nothing to do with the issue at hand can dilute—that is make less potent—the impact of relevant information (that both Tim and Tom spend a lot of time studying).

Excerpt from: The Social Animal by Elliot Aronson and Joshua Aronson