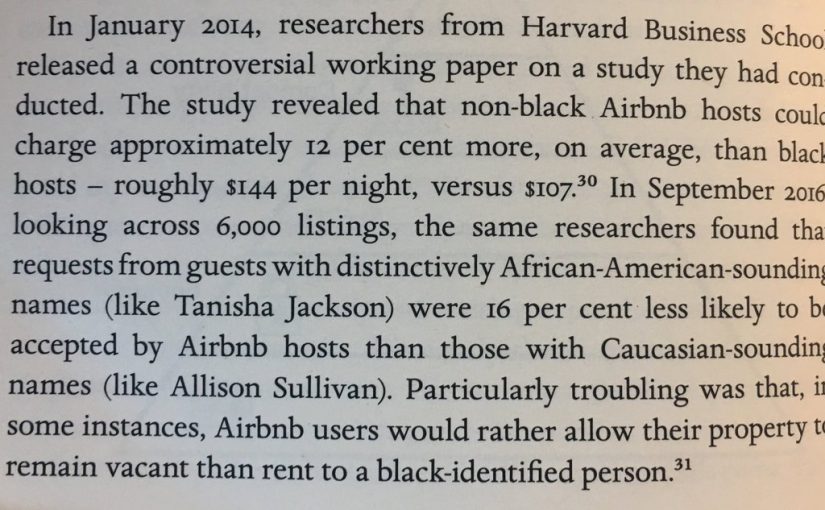 In January 2014, researchers from Harvard Business School released a controversial working paper on a study they had conducted. The study revealed that non-black Airbnb hosts could charge approximately 12 per cent more, on average, than black hosts – roughly $144 per night, versus $107. In September 2016, looking across 6,000 listings, the same researchers found that requests from guests with distinctively African-American-sounding names (like Tanisha Jackson) were 16 per cent less likely to be accepted by Airbnb hosts than those with Caucasian-sounding names (like Allison Sullivan). Particularly troubling was that, in some instances, Airbnb users would rather allow their property to remain vacant than rent to a black-identified person.