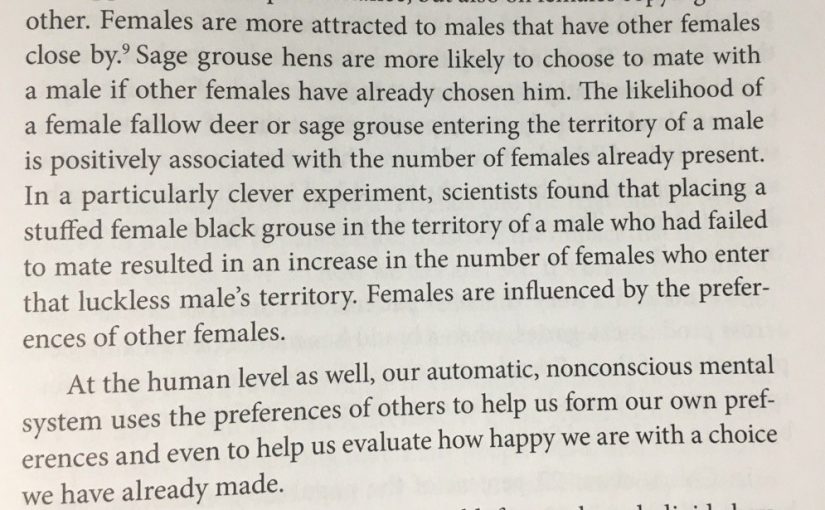 Females are more attracted to males that have other females close by. Sage grouse hens are more likely to choose to mate with a male if other females have already chosen him. The likelihood of a female fallow deer or sage grouse entering the territory of a male is positively associated with the number of females already present. In a particularly clever experiment, scientists found that placing a stuffed female black grouse in the territory of a male who had failed to mate resulted in an increase in the number of females who enter that luckless male’s territory. Females are influenced by the preferences of other females.

At the human level as well, our automatic, nonconscious mental system uses the preferences of others to help us form our own preferences and even to help us evaluate how happy we are with a choice we have already made.

Excerpt from: 7 Secrets of Persuasion by James Crimmins