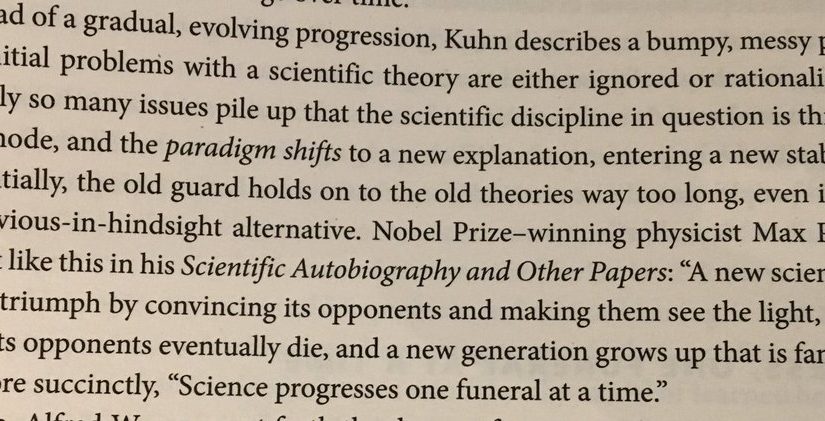 Instead of a gradual, evolving progression, Kuhn describes a bumpy, messy process in which initial problems with a scientific theory are either ignored or rationalized away. Eventually so many issues pile up that the scientific discipline in question is thrown into a crisis mode, and the paradigm shifts to a new explanation, entering a new stable era.

Essentially, the old guard holds on to the old theories way too long, even in the face of an obvious-in-hindsight alternative. Nobel Prize-winning physicist Max Planck explained it like this in his Scientific Autobiography and Other Papers: “A new scientific truth does not triumph by convincing it opponents and making them see the light, but rather because its opponents eventually die, and a new generation grows up that is familiar with it,” or, more succinctly, “Science progresses one funeral at a time”.