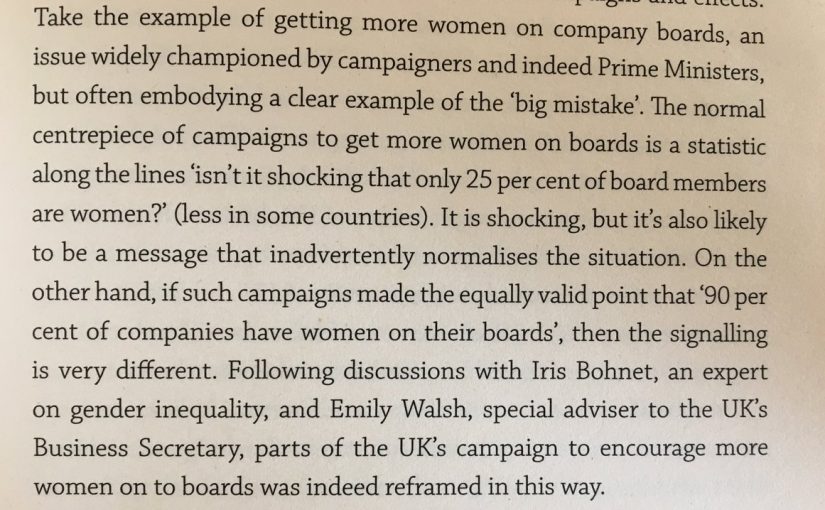 Take the example of getting more women on company boards, an issue widely championed by campaigners and indeed Prime Ministers, but often embodying a clear example of the ‘big mistake’. The normal centrepiece of campaigns to get more women on boards is a statistic along the lines ‘isn’t it shocking that only 25 per cent of board members are women?’ (less in some countries). It is shocking, but it’s also likely to be a message that inadvertently normalises the situation. On the other hand, if such campaigns made the equally valid point hat ’90 per cent of companies have women on their boards’, then the signalling is very different. Following discussions with Iris Bohnet, and expert on gender inequality, and Emily Walsh, special adviser to the UK’s Business Secretary, parts of the UK’s campaign to encourage more women on to boards was indeed reframed this way.