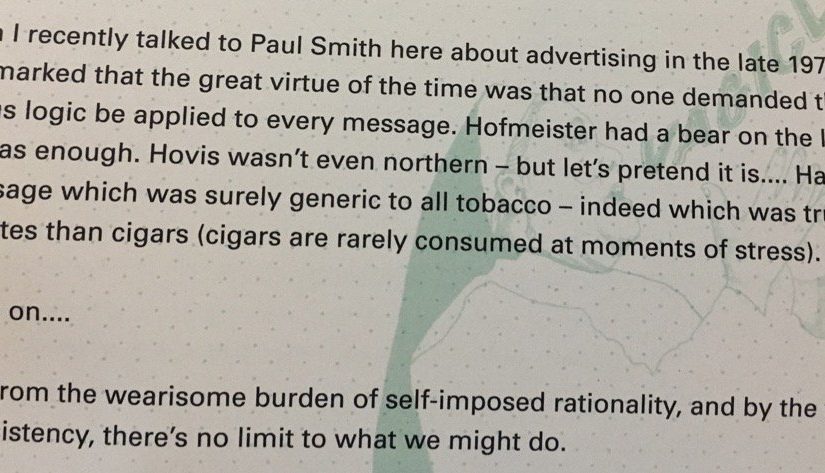 When I recently talked to Paul Smith here about advertising in the late 1970s, he remarked that the great virtue of the time was that no one demanded the same tedious logic be applied to every message. Hofmeister had a bear on the logo – that was enough. Hovis wasn’t even northern – but let’s pretend it is…. Hamlet had a message which was surely generic to all tobacco – indeed which was truer of cigarettes than cigars (cigars are rarely consumed at moments of stress).

Freed from the wearisome burden of self-imposed rationality, and by the tyranny of consistency, there’s no limit to what we might do.