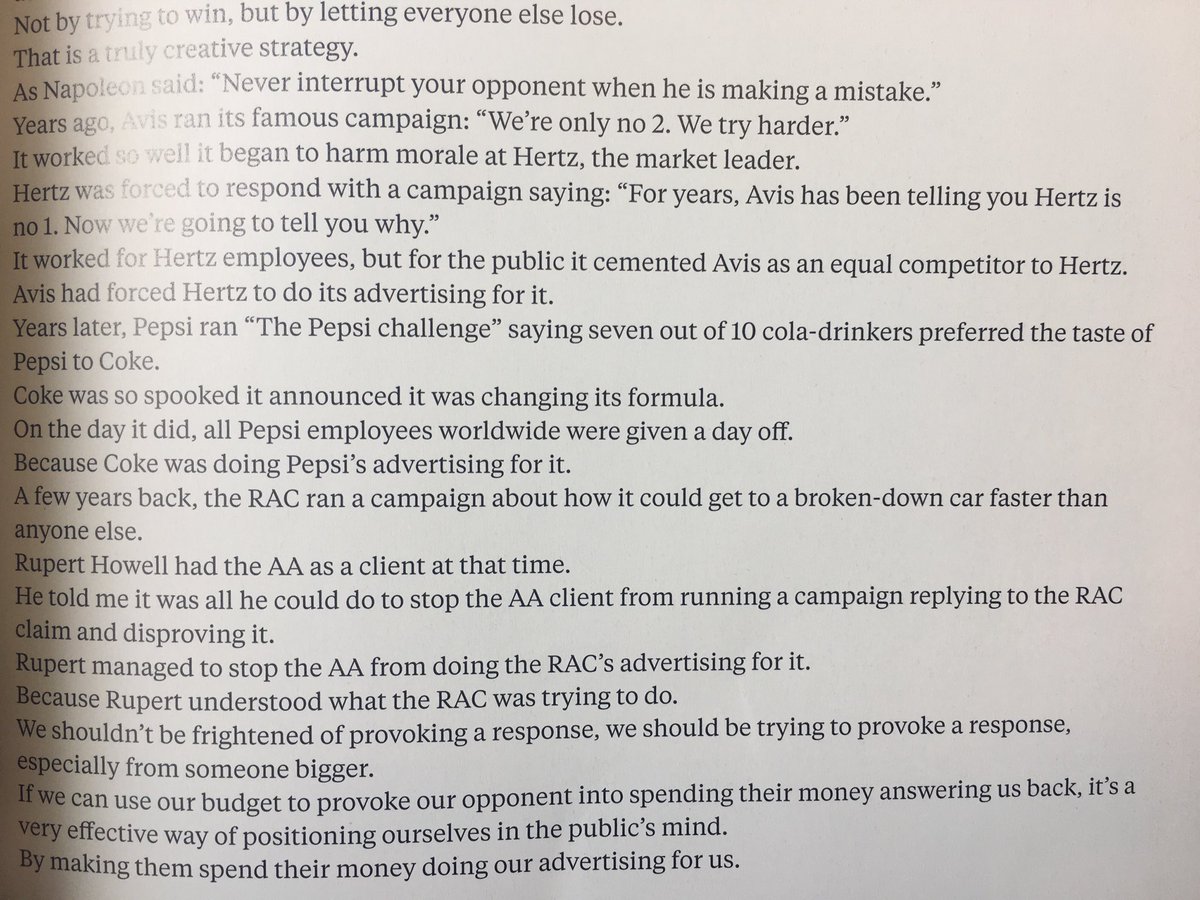 As Napoleon said: “Never interrupt your opponent when he is making a mistake.”

Years ago, Avis ran its famous campaign: “We’re only no 2. We try harder.”

It worked so well it began to harm morale at Hertz, the market leader.

Hertz was forced to respond with a single campaign saying: “For years, Avis has been telling you Hertz is no 1. Now we’re going to tell you why.”

It worked for Hertz employees, but for the public it cemented Avis as an equal competitor to Hertz.

Years later, Pepsi ran “The Pepsi challenge” saying seven out of 10 cola-drinkers preferred the taste of Pepsi to Coke.

Coke was so spooked it announce it was changing its formula.

On the day it did, all Pepsi employees were given a day off.

Because Coke was doing Pepsi’s advertising for it.

A few years back, the RAC ran a campaign about how it could get to a broken-down car faster than anyone else.

Rupert Howell has the AA as a client at that time.

He told me it was all he could do to stop the AA client from running a campaign replying to the RAC claim and disproving it.

Rupert managed to stop the AA from doing the RAC’s advertising for it.

Because Rupert understood what RAC was trying to do.

We shouldn’t be frightened of provoking a response, we should be trying to provoke a response.

Especially from someone bigger.

If we can use our budget to provoke our opponent into spending their money answering us back, it’s a very effective way of positioning ourselves in the public’s mind.

By making them spend their money doing our advertising for us.