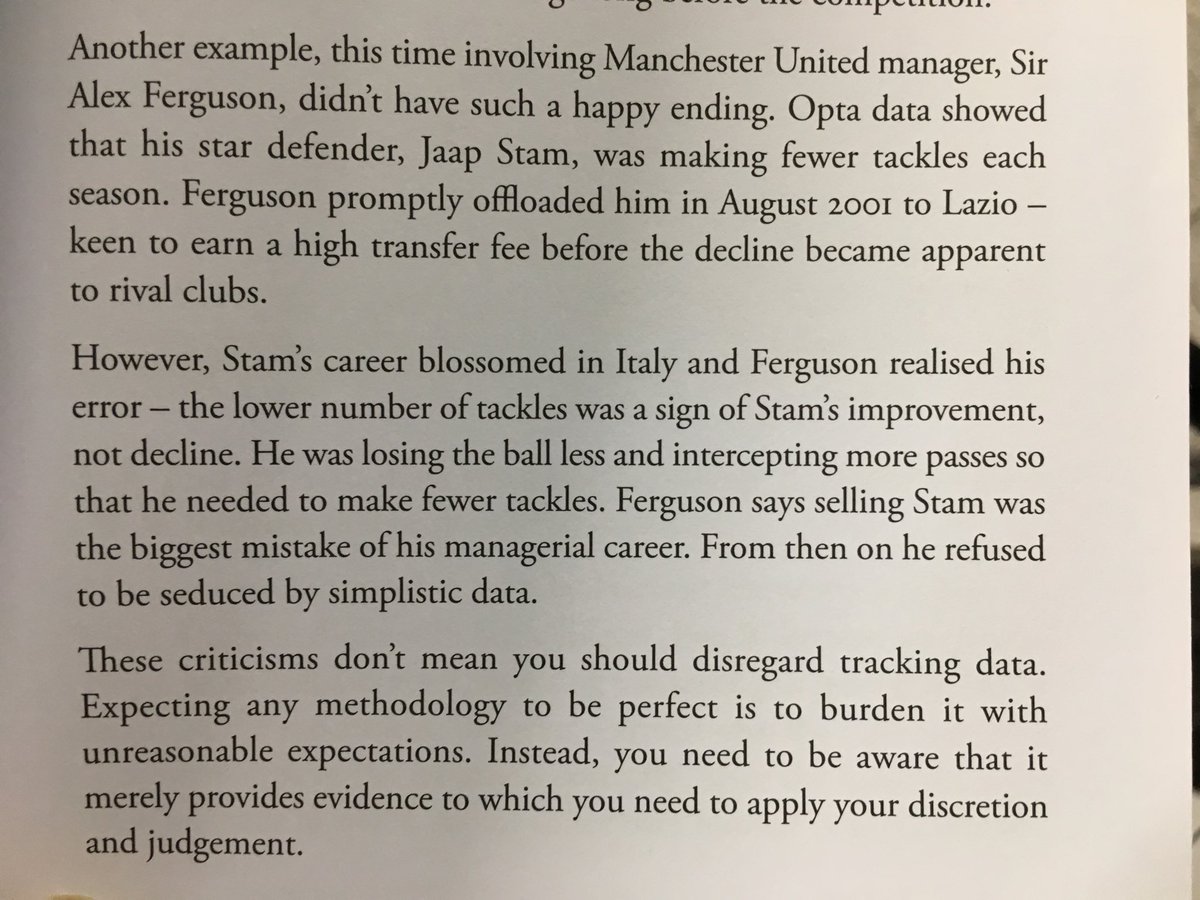 Another example, this time involving Manchester United manager, Sir Alex Ferguson, didn’t have such a happy ending. Opta data showed that his star defender, Jaap Stam, was making fewer tackles each season. Ferguson promptly offloaded him in August 2001 to Lazio — keen to earn a high transfer fee before the decline became apparent to rival clubs.

However, Stam’s career blossomed in Italy and Ferguson realised his error — the lower number of tackles was a sign of Stam’s improvement, not decline. He was losing the ball less and intercepting more passes that he needed to make fewer tackles. Ferguson says selling Stam was the biggest mistake of his managerial career. From then on he refused to be seduced by simplistic data.

These criticisms don’t mean you should disregard tracking data. Expecting any methodology to be perfect is to burden it with unreasonable expectations. Instead, you need to be aware that it merely provides evidence to which you need to apply your discretion and judgement.