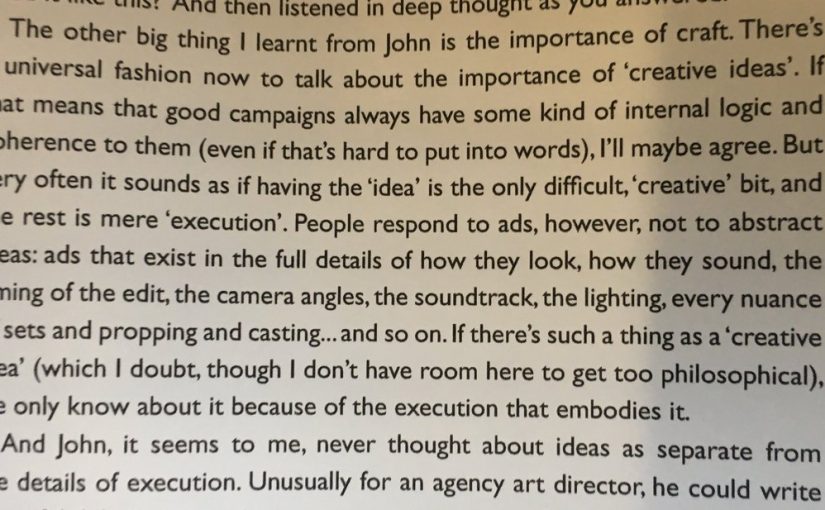 The other big thing I learnt from John is the importance of craft. There is a universal fashion now to talk about the importance of creative ideas. If that means that good campaigns always have some kind of internal logic and coherence to them (even if that’s hard to put into words), I’ll maybe agree. But very often it sounds as if having the ‘idea’ is the only difficult, ‘creative’ bit, and the rest is mere ‘execution’. People respond to ads, however, not to abstract ideas: ads that exist in the full details of how they look, how they sound, the timing of the edit, the camera angles, the soundtrack, the lighting, every nuance of sets and propping and casting… and so on. If there’s such a thing as a ‘creative idea’ (which I doubt, though I don’t have room here to get too philosophical), we only know about it because of the execution that embodies it.

Excerpt from: Eat Your Greens by Wiemer Snijders