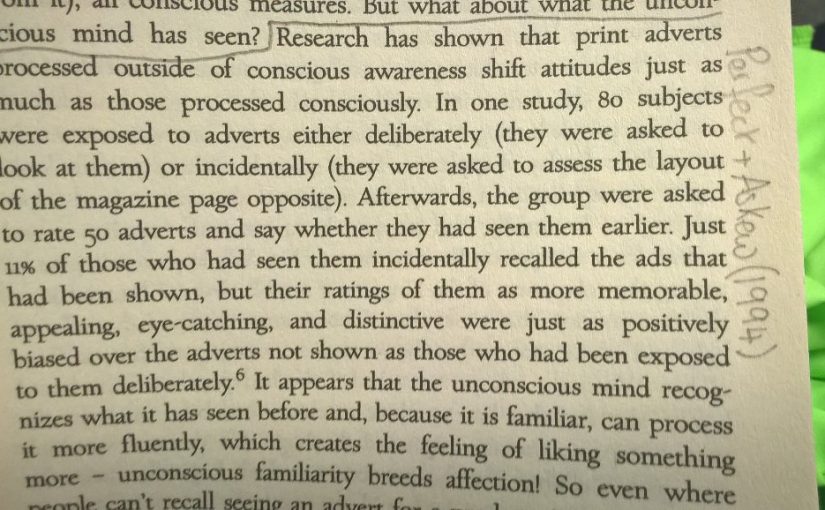 Research has shown that print adverts processed outside of conscious awareness shift attitudes just as much as those processed consciously. In one study, 80 subjects were exposed to adverts either deliberately (they were asked to look at them) or incidentally (they were asked to assess the layout of the magazine page opposite). Afterwards, the group were asked to rate 50 adverts and say whether they had seen them earlier. Just 11% of those who had seen them incidentally recalled the ads that had been shown, but their ratings of them as more memorable, appealing, eye-catching, and distinctive were just as positively biased over the adverts not shown as those who had been exposed to them deliberately. It appears that the unconscious mind recognizes what it has seen before and, because it is familiar, can process it more fluently, which creates the feeling of liking something more – unconscious familiarity breeds affection!

Excerpt from: Consumerology: The Truth about Consumers and the Psychology of Shopping by Philip Graves