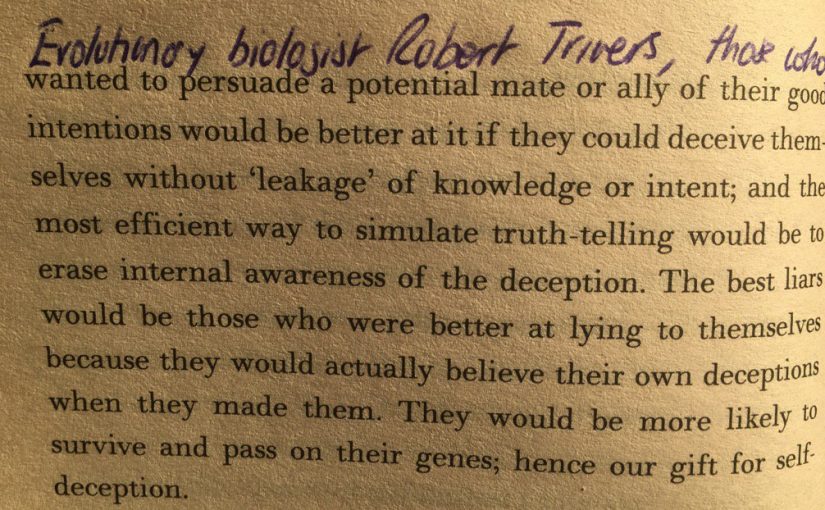 Evolutionary biologist Robert Trivers wanted to persuade a potential mate or ally of their good intentions would be better at it if they could deceive themselves without ‘leakage’ of knowledge or intent; and the most efficient way to simulate truth-telling would be to erase internal awareness of the deception. The best liars would be those who were better at lying to themselves because they would actually believe their own deceptions when they made them. They would be more likely to survive and pass on their genes; hence our gift for self-deception.

Excerpt from: Born Liars: Why We Can’t Live Without Deceit by Ian Leslie