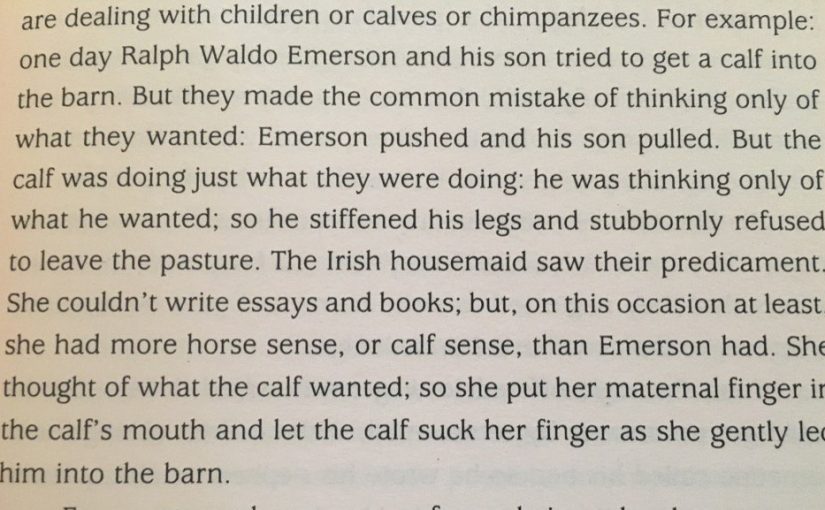 One day Ralph Waldo Emerson and his son tried to get a calf into the barn. But they made the common mistake of thinking only of what they wanted: Emerson pushed and his son pulled. But the calf was doing just what they were doing: he was thinking only of what he wanted; so he stiffened his legs and stubbornly refused to leave the pasture. The Irish housemaid saw their predicament. She couldn’t write essays and books; but, on this occasion at least, she had more horse sense, or calf sense, than Emerson had. She thought of what the calf wanted; so she put her maternal finger in the calf’s mouth and let the calf suck her finger as she gently led him into the barn.

Excerpt from: How to Win Friends and Influence People by Dale Carnegie