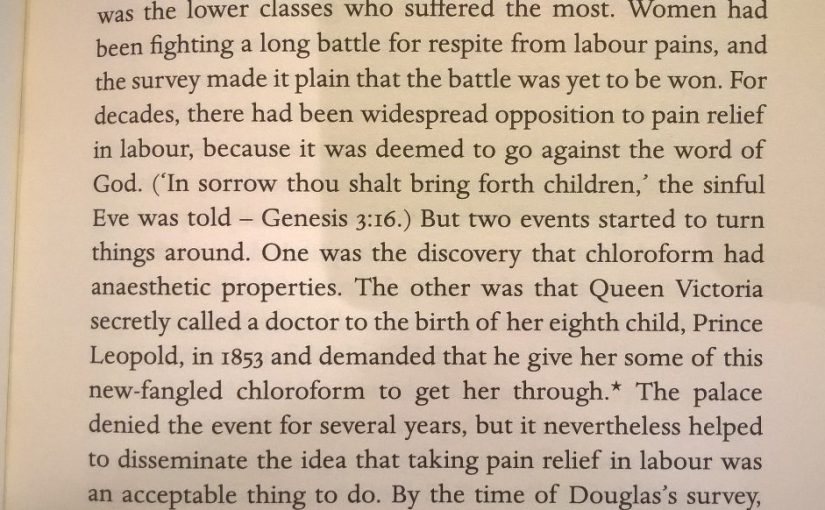 Women had been fighting a long battle for respite from labour pains, and the survey made it plain that the battle was yet to be won. For decades, there had been widespread opposition to pain relief in labour, because it was deemed to go against the word of God. (‘In sorrow thou shalt bring forth children,’ the sinful Eve was told – Genesis 3:16.) But two events started to turn things around. One was the discovery that chloroform had anaesthetic properties. The other was that Queen Victoria secretly called a doctor to the birth of her eighth child, Prince Leopold, in 1853 and demanded that he give her some of this new-fangled chloroform to get her through. The palace denied the event for several years, but it nevertheless helped to disseminate the idea that taking pain relief in labour was an acceptable thing to do.

Excerpt from: The Life Project: The Extraordinary Story of Our Ordinary Lives by Helen Pearson