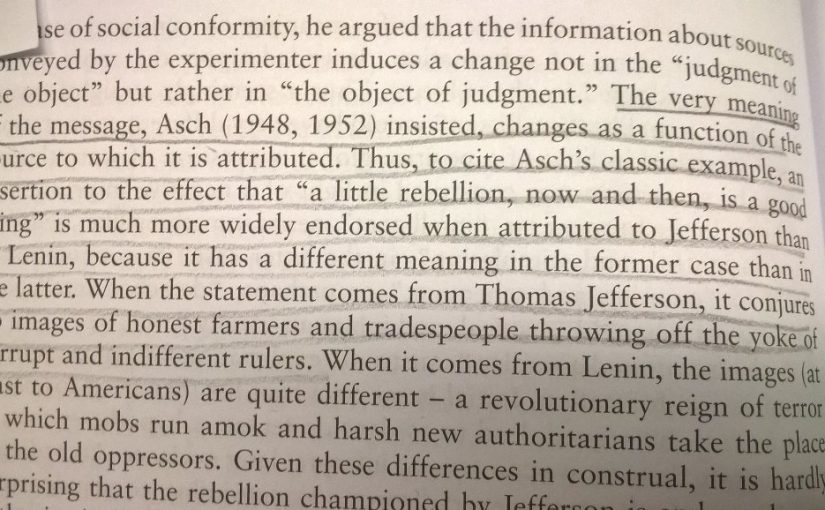 The very meaning of the message, Asch (1948, 1952) insisted, changes as a function of the source to which it is attributed. Thus, to cite Asch’s classic example, an assertion to the effect that “a little rebellion, now and then, is a good thing” is much more widely endorsed when attributed to Jefferson than to Lenin, because it has a different meaning in the former case than in the latter. When the statement comes from Thomas Jefferson, it conjures up images of honest farmers and tradespeople throwing off the yoke of corrupt and indifferent rulers. When it comes from Lenin, the images (at least to Americans) are quite different – a revolutionary reign of terror in which mobs run amok and harsh new authoritarians take the place of the old oppressors.

Excerpt from: The Social Animal by Elliot Aronson and Joshua Aronson