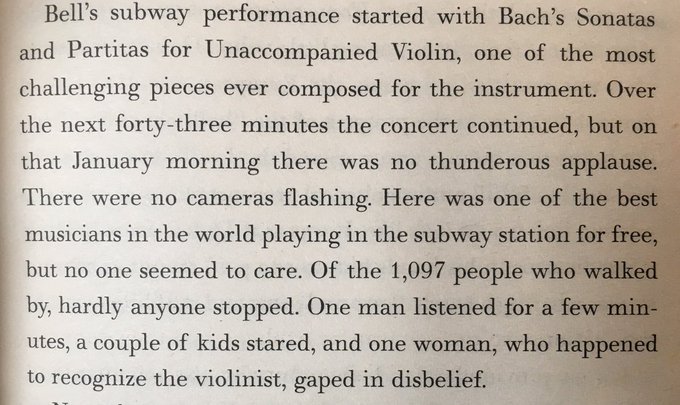 Bell’s subway performance started with Bach’s Sonatas and Partitas for Unaccompanied Violin, on of the most challenging piece ever composed for the instrument. Over the next forty-three minutes the concert continued, but on that January morning there was no thunderous applause. There were no cameras flashing. Here was one of the best musicians in the world playing in the subway station for free, but no one seemed to care. Of the 1,097 people who walked by, hardly anyone stopped. One man listened for a few minutes, a couple of kids stared and one woman, who happened to recognise the violinist gaped in disbelief.

Except from: Sway: The Irresistible Pull of Irrational Behaviour bu Ori Brafman and Rom Brafman