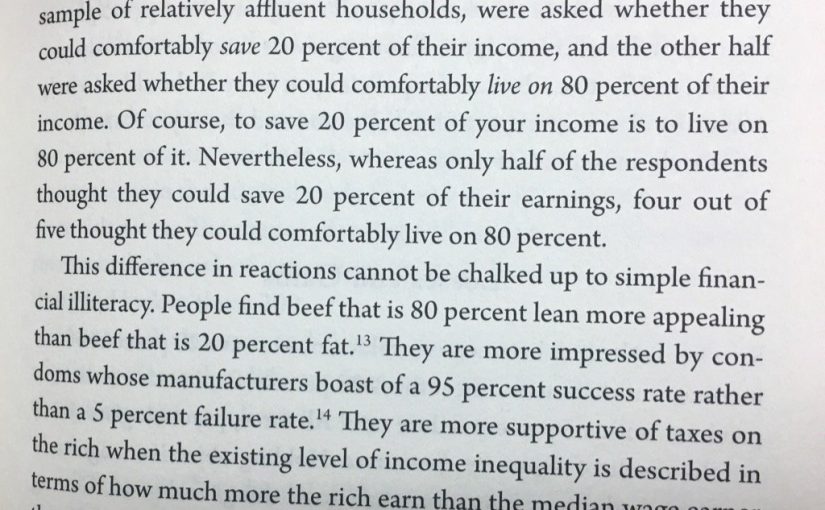 This difference in reactions cannot be chalked up to simple financial illiteracy. People find beef that is 80 percent lean more appealing than beef that is 20 percent fat. They are more impressed by condoms whose manufacturers boast of a 95 percent success rate rather than a 5 percent failure rate. They are more supportive of taxes on the rich when the existing level of income inequality is described in terms of how much more the rich earn than the median wage earner tan when it is described in terms of how much less the median wage earner earns than the rich.